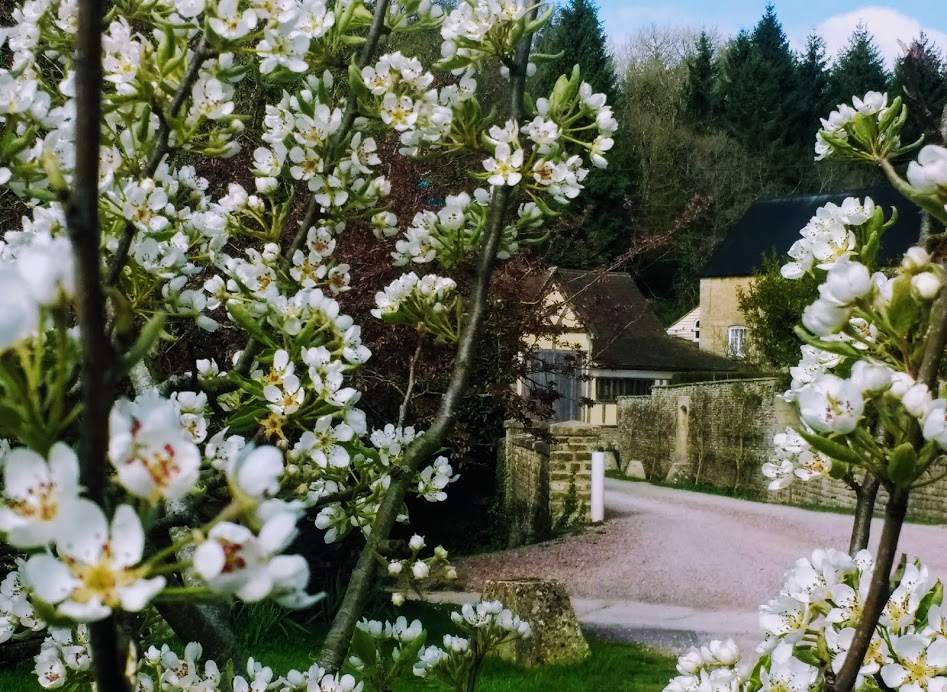 One of our aims for this year is to encourage and care more for our bees. In pursuit of this, Emily has just completed a bee-keeping workshop down in Devon, with the aim of learning how to both attract bees to our hives and to look after and nurture them. This year, we are hoping to expand our bees from a rather solitary single hive to three – we have tried in the past, but without success so far! Our one “live hive” is situated in our orchard, where they seem to be fairly happy to date. It’s what is called a “national” hive, which is comprised of stacked boxes designed for easier collection of honey, amongst other things. The hive next door is a “top bar” hive and has remained empty for some time, despite our best efforts to lure bees in to a new home. This design of hive is horizontal (as opposed to vertically stacked), and Emily has learned that this style is well-suited to natural bee-keeping, which is not geared as much towards harvesting honey and is more about encouraging the bees to thrive. The way we look at it, caring for the bees is our top priority, and any honey is a bonus! For those who love honey, there is a recipe in our cookbook, “A Handful of Flour“, for a spelt and wildflower honey cake which is incredibly simple but delicious, which you’ll find on p. 246. 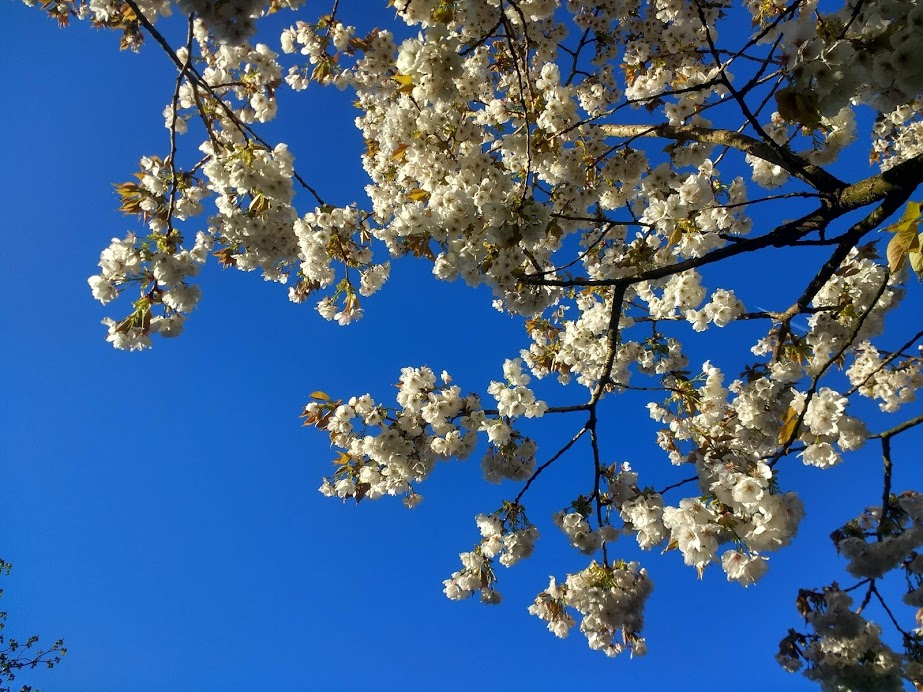 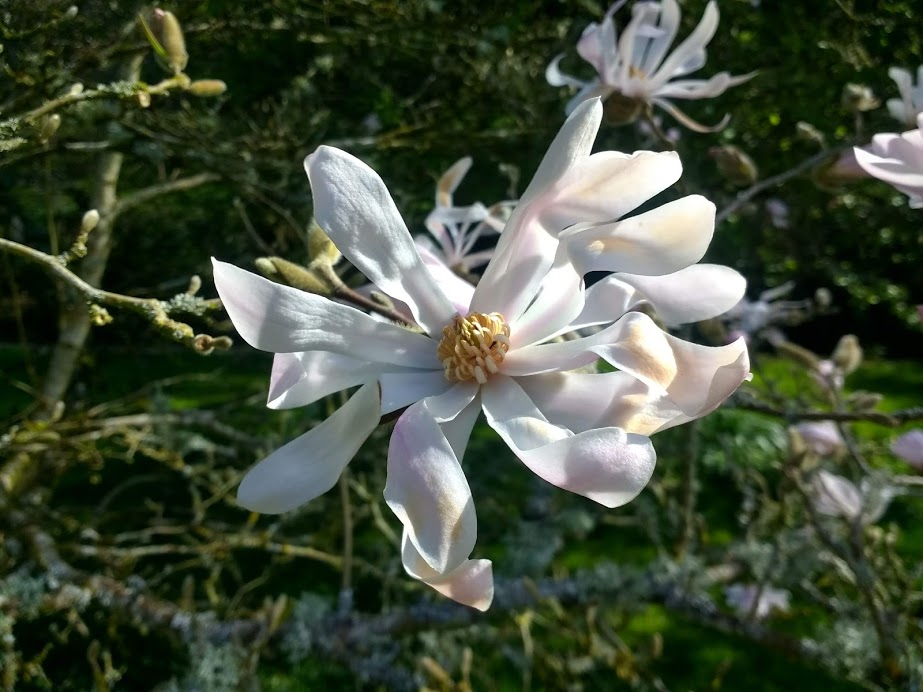 In the garden, we have experienced a rather strange “early” spring this year, with a reasonably warm February followed by some cold, adverse weather. Our beautiful magnolia blossom was destroyed in the frost, and a number of the plants have suffered as a result of the stop-start weather we have experienced. Strangely, after a very hard frost a couple of years ago, the magnolia blossom bloomed a much brighter pink the following year whereas previously the blossoms had been white and tinged with a pale pink – if anyone can explain this then do let us know! We are hoping that we can now prepare the beds and make them ready for crops, bringing the seedlings on in the greenhouse and waiting for the weather to warm up. This week has been one of the busiest times in the greenhouse, with Emily and Debbie hoping that some of the hardier plants can be moved outside in the coming few days. 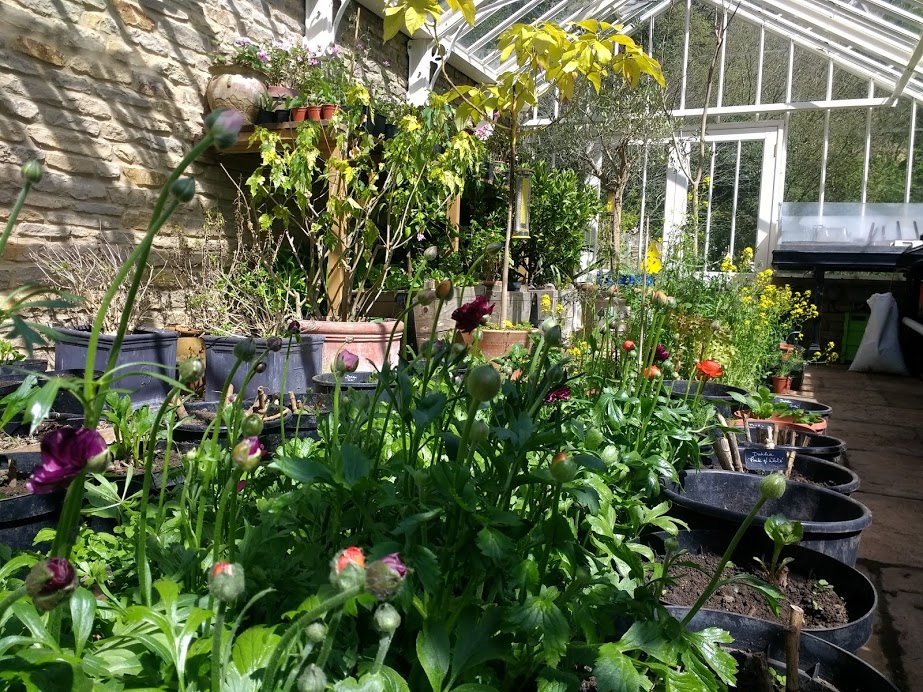 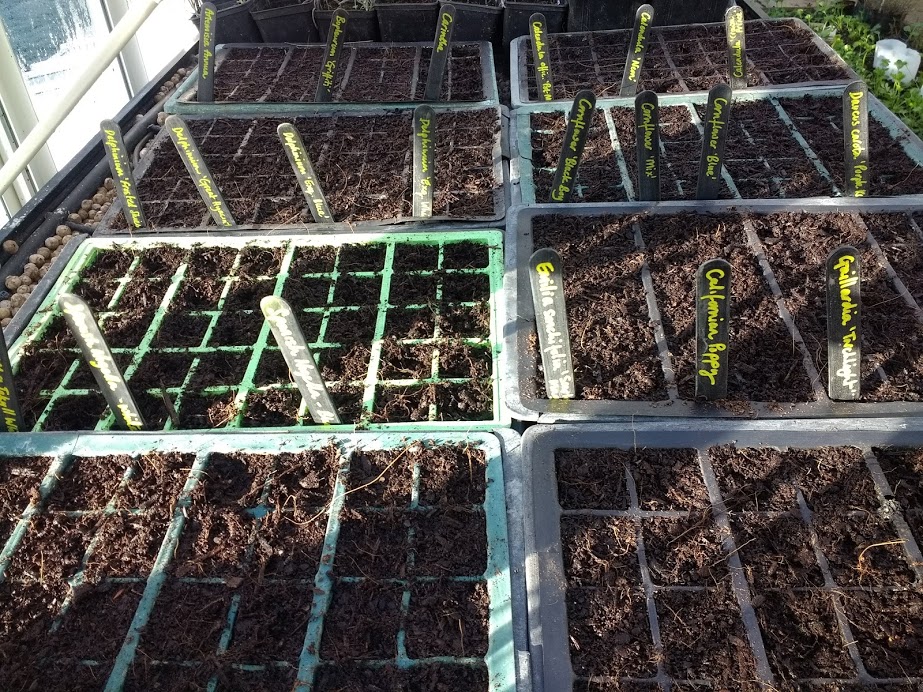 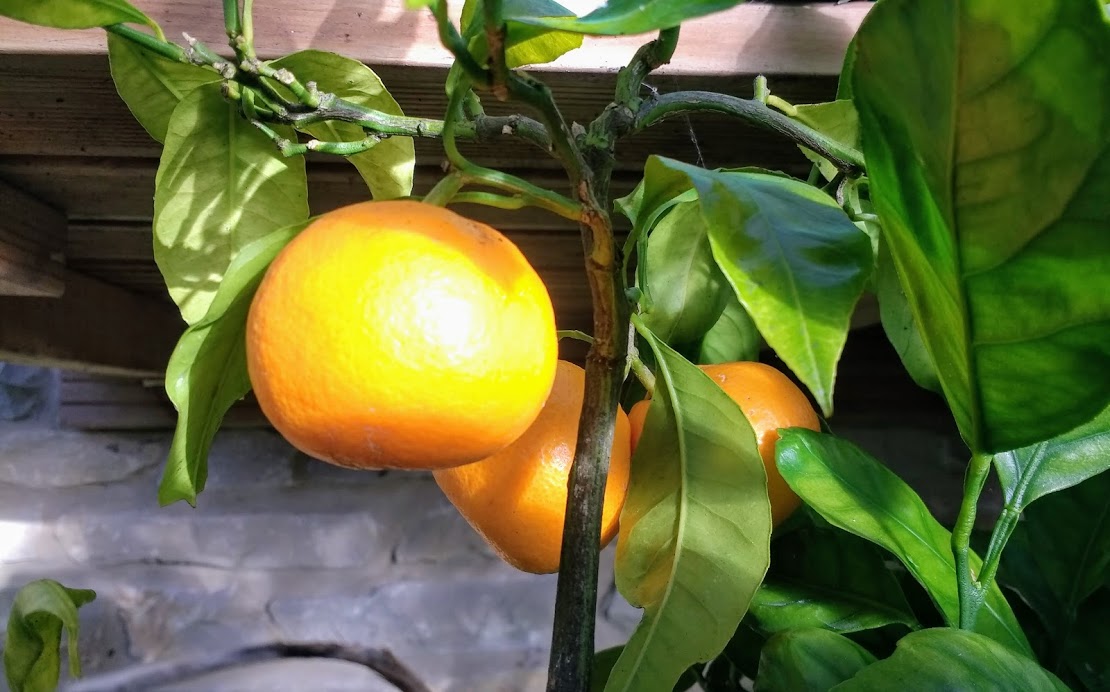 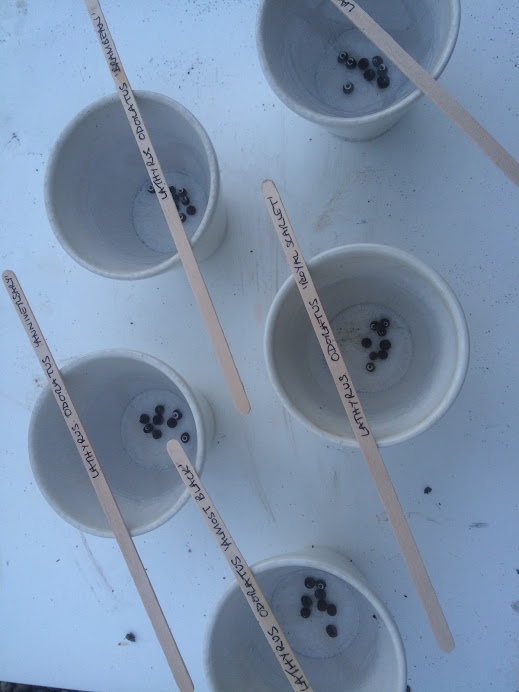 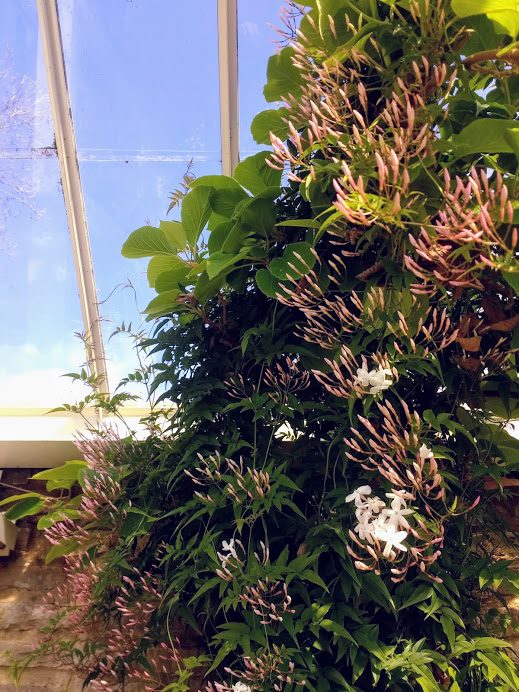 A month ago, Debbie and Emily pruned the fruit trees (the apples and pears), which they followed with pasting the trunks with a biodynamic preparation that acts both as an insect repellant, protecting the bark, and as a fertiliser, as the sap in the bark begins to rise and the trees come into bud. 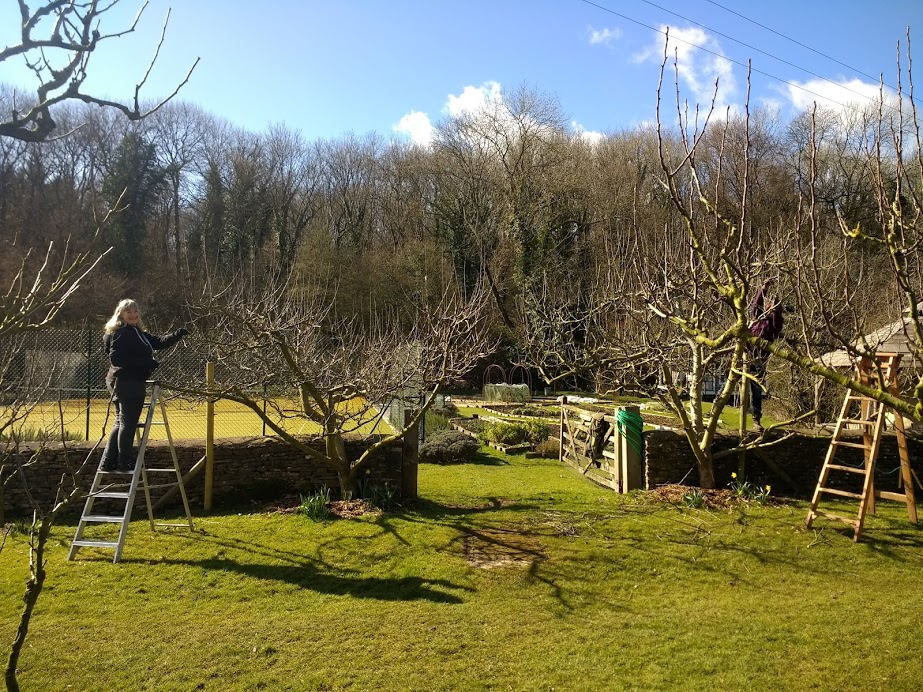 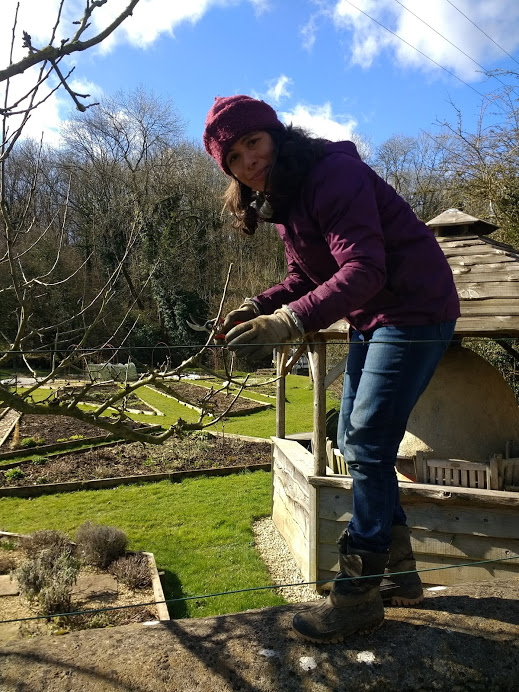 In terms of our current harvesting, we have been enjoying winter salads, leeks, chards, purple sprouting, broccoli, wild nettles, and Emily has also been harvesting dandelion roots in early March. We have also begun to harvest the spring flowers for bouquets, including tulips, daffodils and bulbs. 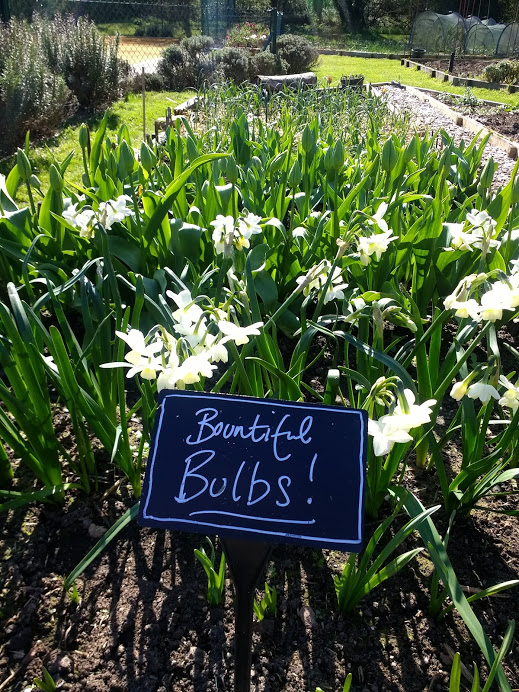 This week, Emily and Debbie are going to sow oats – not to grow as a grain, but to harvest as a medicinal herb also known as “oat straw”, which is meant to be beneficial to aiding sleep, amongst a number of things. This requires the oat stems to be harvested while still green, and before the oat grains form a head. We will let you know if the experiment succeeds! 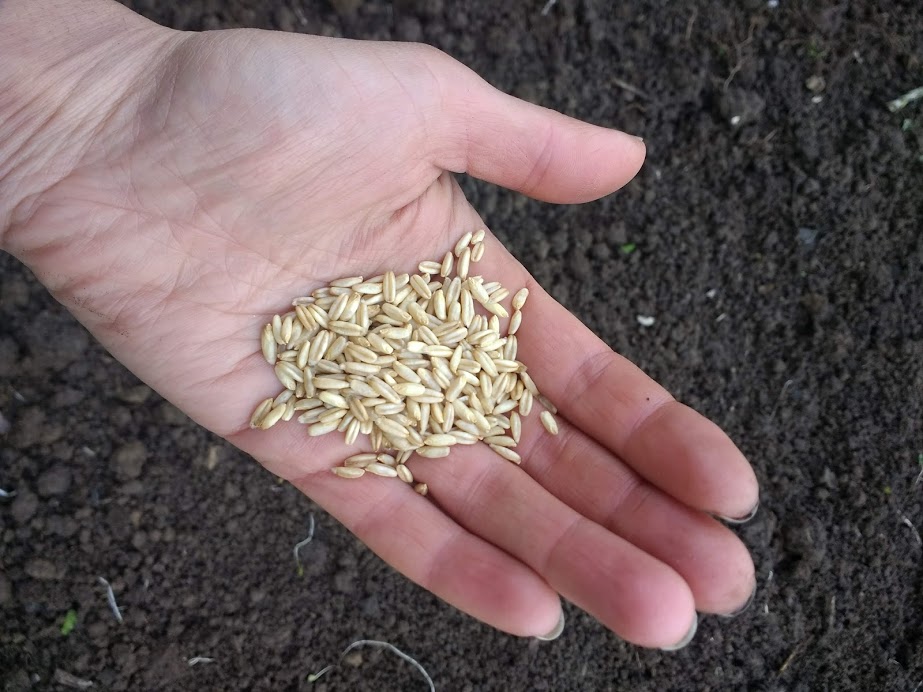 In terms of the surrounding wilderness outside and around the garden, the swans have returned to their patch on the mill stream, and the kingfisher has recently been spotted for the first time this year – he sits on a branch outside our office, hanging over the river. The primroses have been carpeting the banks in the woodland, and the bluebells are just starting to flower. We also appear to have a resident egret in the garden, who lurks regally near the river, a very eye-catching white against the green landscape. 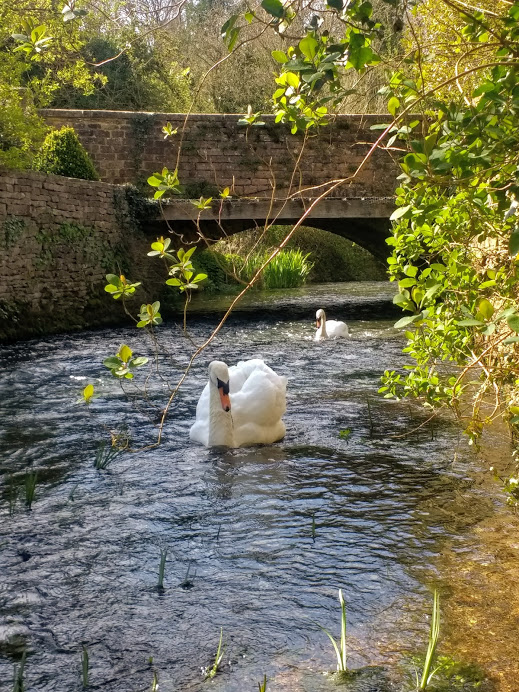 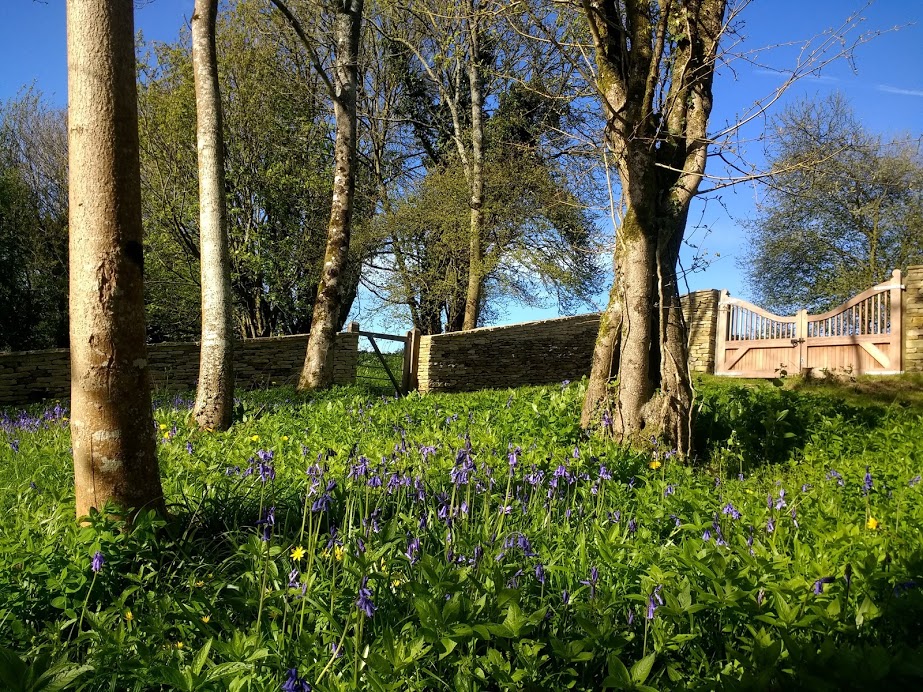 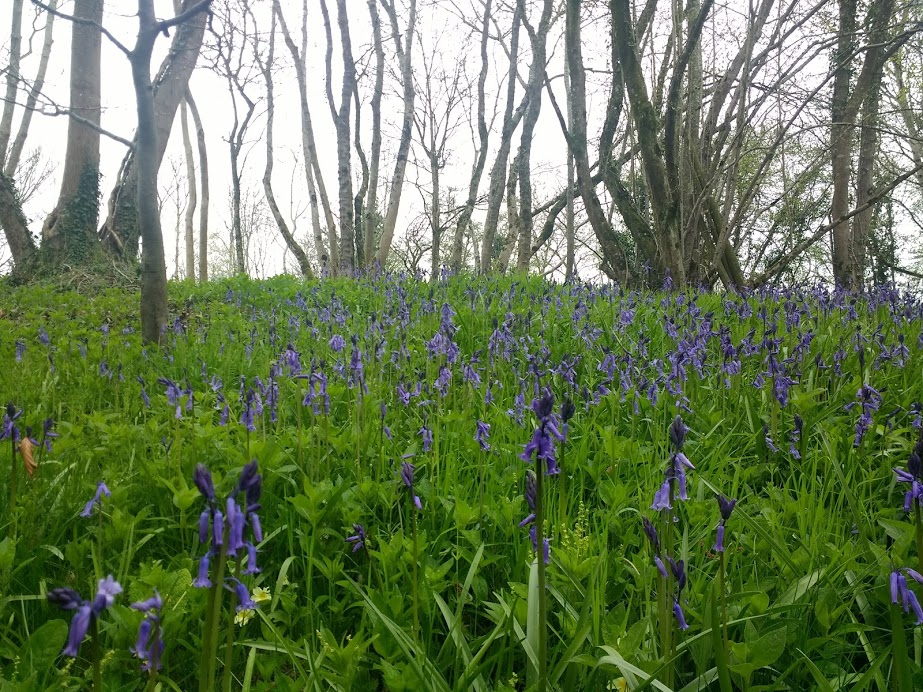 After a slow start to the year, the plants are now very definitely beginning to show signs of awakening again, and we look forward to the warmer weather and all that it brings to the garden!

(All photos in this post were taken by the lovely Emily.) 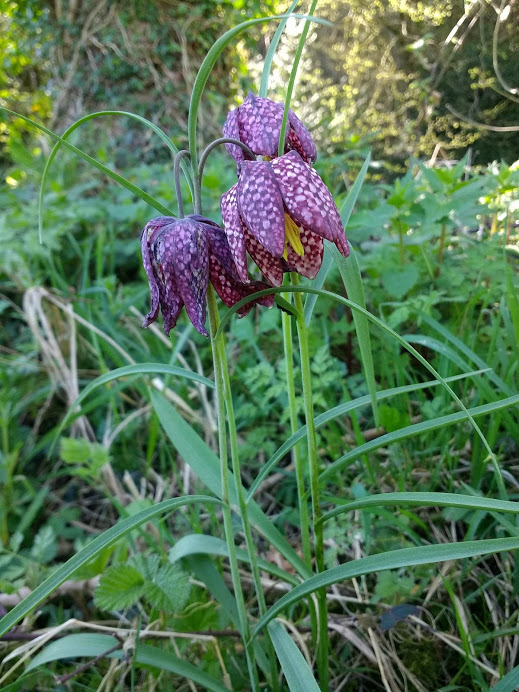