Baguettes are best eaten fresh, within an hour or so of baking, which is where the home baker has a serious advantage. By the end of the day, most baguettes will have hardened. Once it’s past its best, you can always incorporate a baguette into one of the many delicious recipes for using stale bread, ensuring nothing goes to waste. This recipe creates a baguette with a slightly open, waxy, springy crumb, perfect for slathering butter on while still warm. Using a poolish pre-ferment helps with the extensibility of the dough.

First, make the poolish, which is the starter for your baguette. Place the water and yeast in a mixing bowl and stir until the yeast has dissolved. Add the flour and mix until the dough is wet and runny. Cover the bowl with a cloth and leave at room temperature for 8 hours, or overnight. Bubbles will form on the top.

To make the baguette, place the water, yeast and flour into a large mixing bowl or electric stand mixer fitted with a dough hook, and stir until all the ingredients are incorporated. Add the poolish and gently mix again, and then lastly add the salt and mix to form a silky-smooth dough. Knead the dough until it becomes smooth and elastic.

Lightly oil a non-stick baking sheet. Remove the dough and divide into two lumps for the baguettes. Shape each into a bloomer, place them on the baking sheet, cover with a cloth, and leave to rest at room temperature for 30 minutes.

Have ready a baguette pan or a baking tray dusted with semolina. Shape each piece of dough into a baguette (see instructions and photos for guidance on shaping below) and place on your baguette pan or baking tray. Cover in a plastic bag and leave to prove until they have doubled in size. This will take around 1 hour, depending on temperature. The dough should be light and pillowy to the touch when it is ready.

Score the tops with around five short, straight cuts, and bake them in the oven at 240°C/gas 9 for 20-25 minutes, until golden in colour. The bread should sound hollow when you knock on the base. 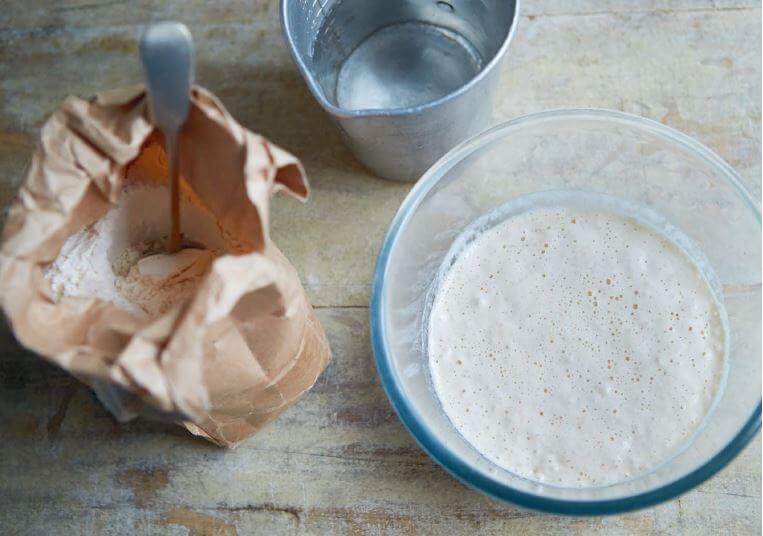 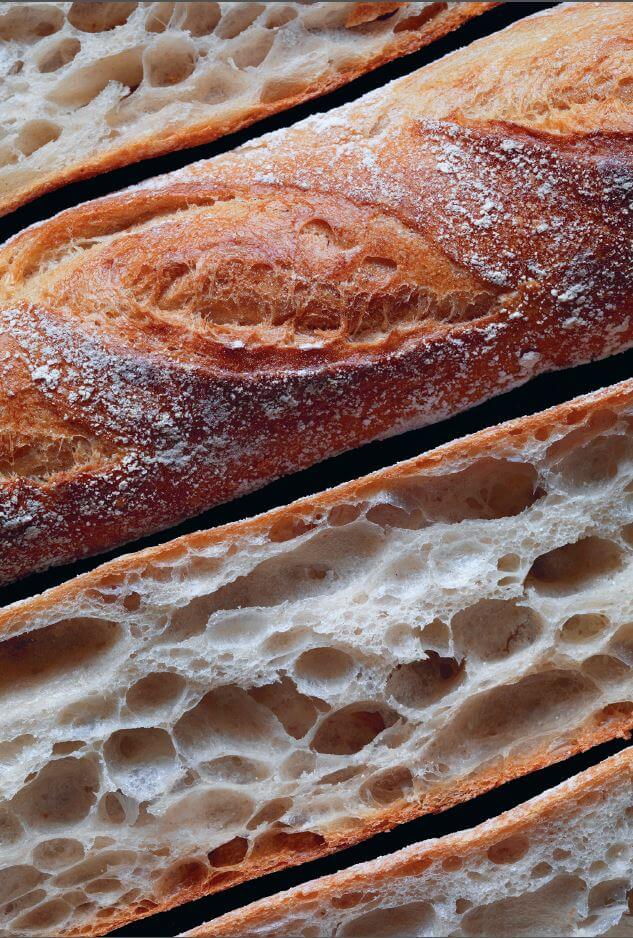 I was initially hesitant to make baguettes at home due to the shaping aspect but it’s actually not that tricky, and is largely driven by common sense.

To shape your baguette, turn your dough on to a lightly floured work surface. Take your dough and shape each piece into a rectangle by patting it outwards, to roughly 10 x 15cm (1). Fold the 15cm sides in to meet each other in the middle (2), and seal the join by pressing together with your hands (3).

Press a crease along the centre of the length of the dough, fold the dough over on itself like closing two halves of a book in on itself (4), and seal the edge with your hand (5). Place your hands in the centre of the dough (6) and start to roll it outwards into a baguette shape to fit your pan (7). Pinch the ends together for the traditional baguette point. Place your baguettes in the baguette pan or baking tray to prove before scoring them (8). 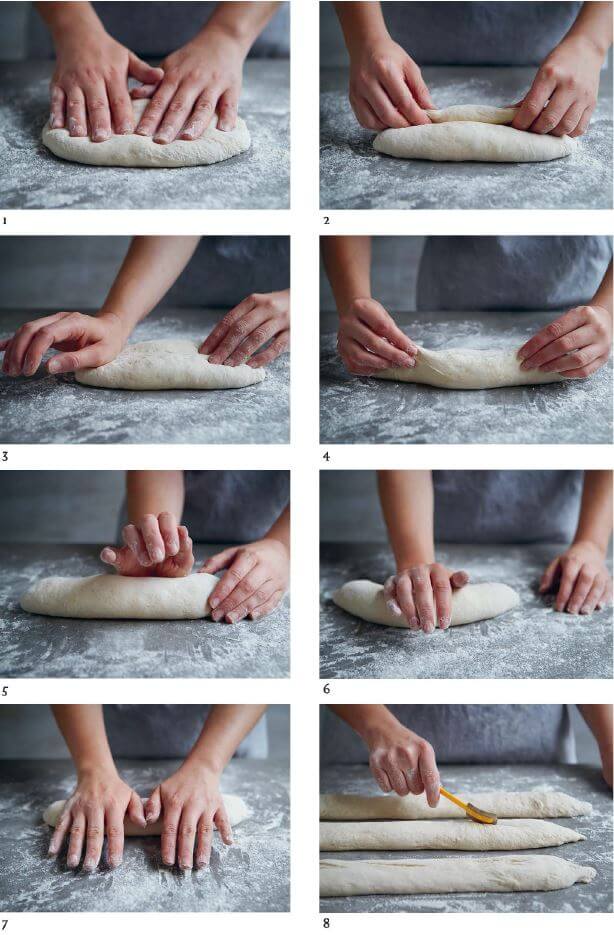