Try and get a variety of pumpkin with a great flavour if you can (Delica tastes delicious), as these croquettes are intended to celebrate this delicious autumn produce at its best. This isn’t always possible however and sometimes you don’t know how it’s going to taste until it’s cooked, so if you find your pumpkin tastes a bit bland you can add a little crispy chilli oil and/or maple syrup to create some supporting flavours (spicy, salty, sweet). If it tastes great on it’s own then you don’t need these add-ons, the buttered sage and pumpkin should ideally speak for themselves.

Serve them with whatever you like, fresh mayonnaise, aioli, crispy chilli oil, or just lemon wedges.

Preheat your oven to 180°C and line a baking tray with baking parchment. Add the pumpkin, rosemary and garlic and coat with a couple of tablespoons of olive oil. Bake for 50-60 minutes until soft, and set aside to cool. Remove the garlic from their skins, and blend with the pumpkin and a small glug of olive oil using an electric blender until smooth. Season with salt and a teaspoonful of freshly crushed black pepper.

This is a good time to check the taste of the pumpkin, as some are sweeter / more strongly flavoured than others. If it’s tasting a bit bland, you can add a dash of maple syrup for sweetness, and a teaspoon of crispy chilli oil for spice if it’s not holding up on its own. Some pumpkins have amazing flavours and are delicious enough without.

In a separate saucepan heat the milk, salt and pepper, and nutmeg until warmed through, but don’t let it boil. Add the milk slowly to the shallot and flour mix, stirring with a wooden spoon until the texture thickens and it comes away from the side of the pan (roughly 10 minutes).

Remove from the heat and combine with the pumpkin puree in a large mixing bowl, followed by the Parmesan. Spoon the mixture into a wide, shallow dish, cover and chill in the fridge for 3 hours until firm (or overnight).

Place 4 tablespoons of flour in a shallow bowl. Place the beaten egg in a separate shallow bowl, and the breadcrumbs in a large bowl. This will be your “coating” station.

Remove the croquette filling from the fridge, and roll it into balls. I allow roughly a tablespoon of filling per croquette. Coat each croquette very lightly in flour, followed by egg, followed by the breadcrumbs. Try not to leave any gaps in the coating or the filling may leak.

Fill a large saucepan one third full with oil. Heat it to 190°C but no hotter. If you don’t have a heatproof thermometer to check the temperature, drop a breadcrumb or a grain of rice into the oil – if it floats and sizzles, the oil is ready. If the oil smokes it is too hot and should not be used.

Using a metal slotted spoon, lower in the croquettes and fry them in batches, for around 5 minutes per croquette. The outside should be golden and crispy. Don’t be tempted to overcrowd the pan, or they won’t cook properly.

Remove the croquettes using the metal slotted spoon and drain on paper kitchen towel. Serve while still hot. These should be consumed shortly after frying, to ensure the coating stays crispy. 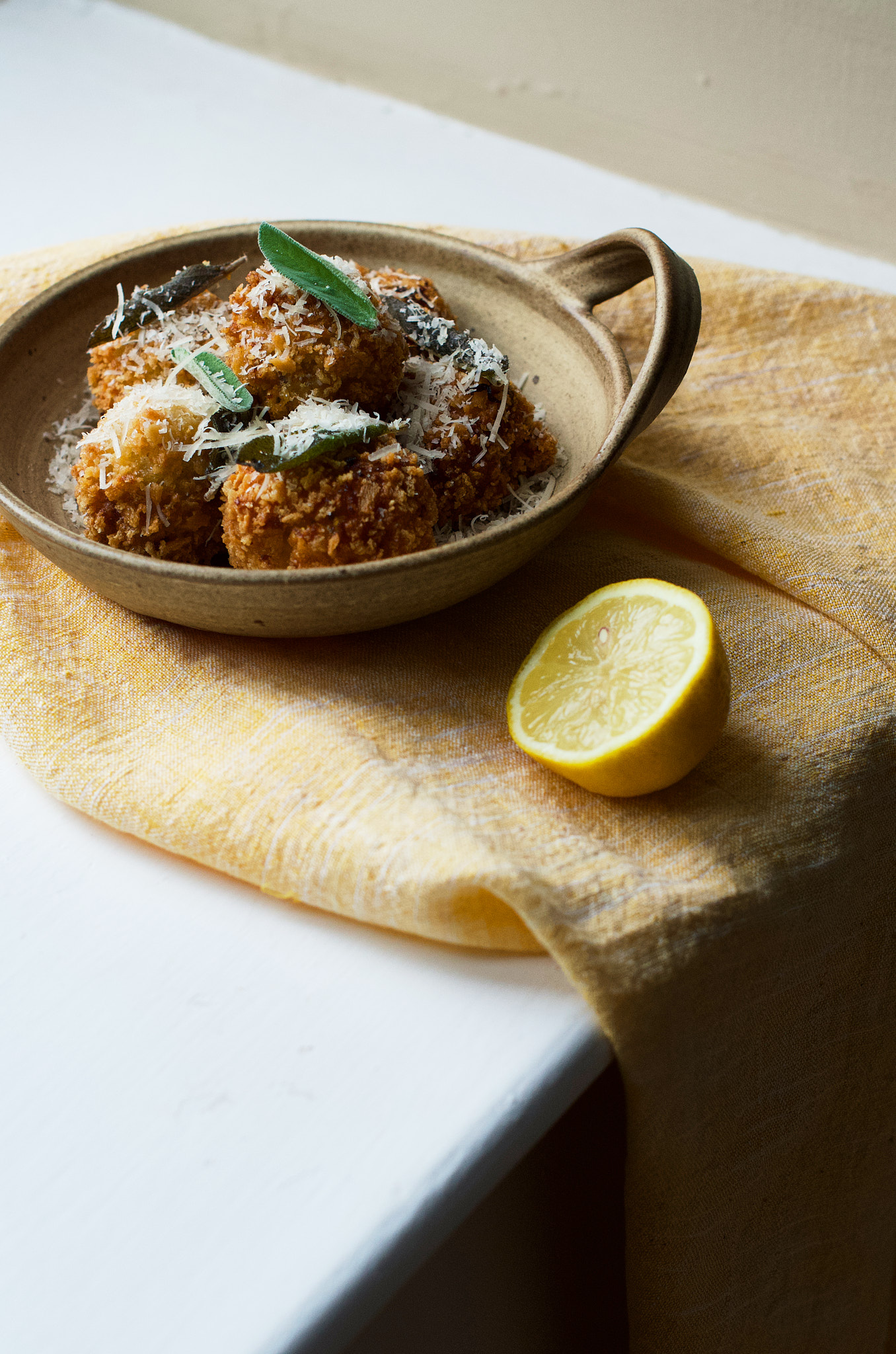