A riot of colour and feast for the senses!

I’m aware that I’m running slightly late with this post (being intended as an August garden update, and we are now nearly in October – where does the time go…). I took these photos just before I went on holiday at the beginning of September, and the garden was looking too lovely not to share. It also follows on from the May update, back when we were planning for a lot of the produce that has now come to fruition. Some of the produce in these pictures formed the inspiration and ingredients for the raspberry and blueberry breakfast muffins, and the vegetable topped spelt flatbreads, so this post also fits in well with recent recipes, and offers a little glimpse behind the scenes.

The shelter surrounding the outdoor wood-fired oven has become a storage space for onions, which are packed into trays and also strung from the rafters. 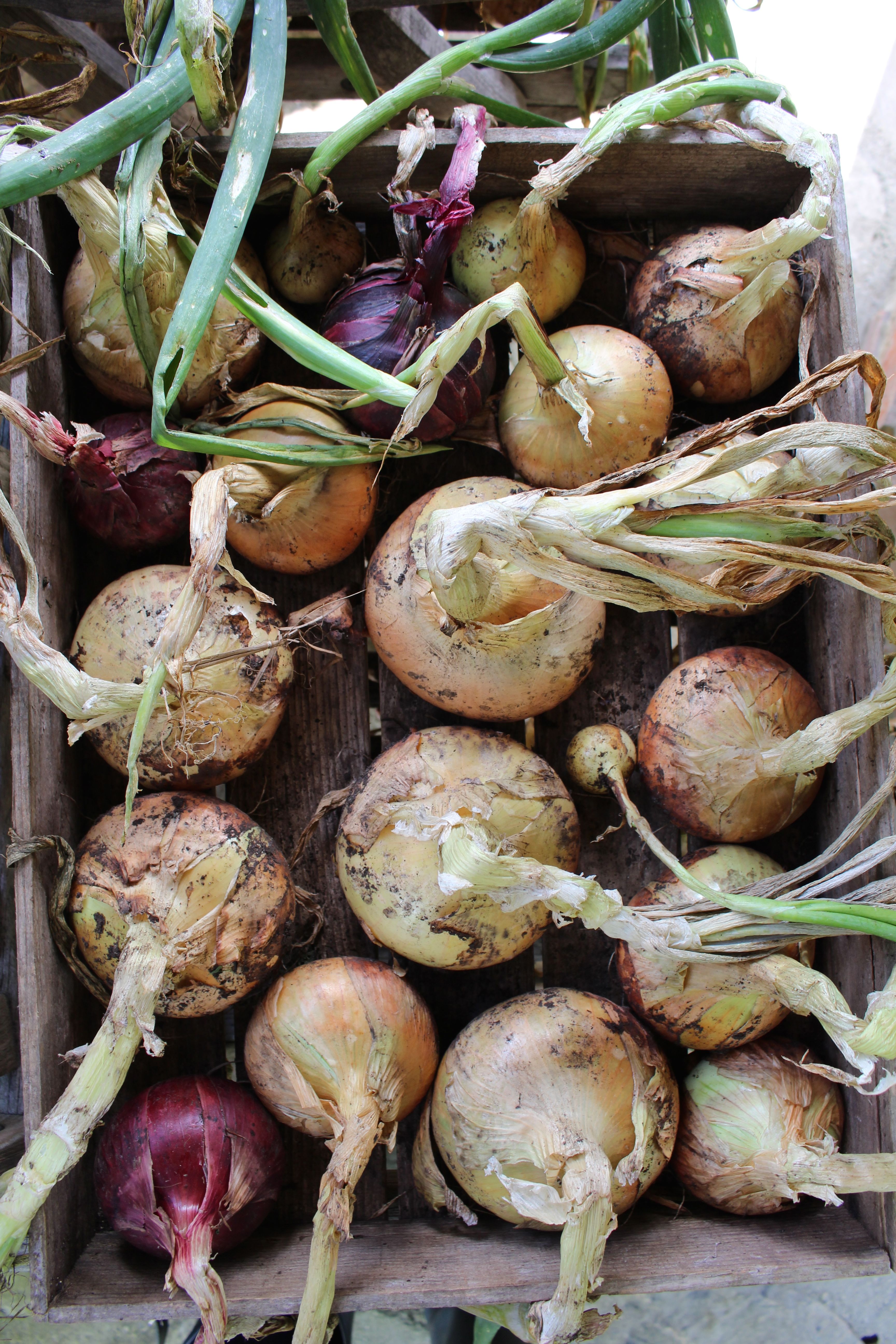 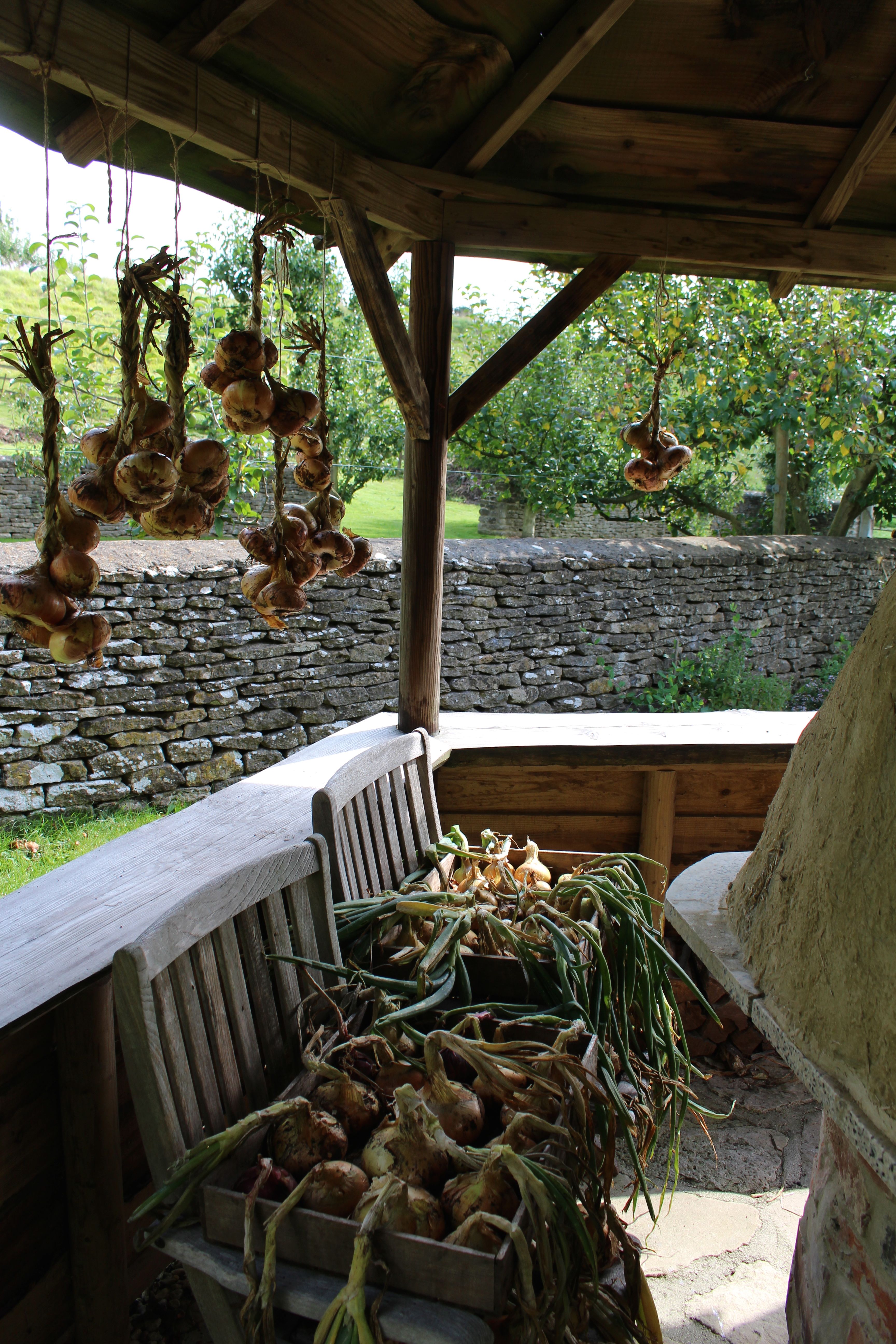 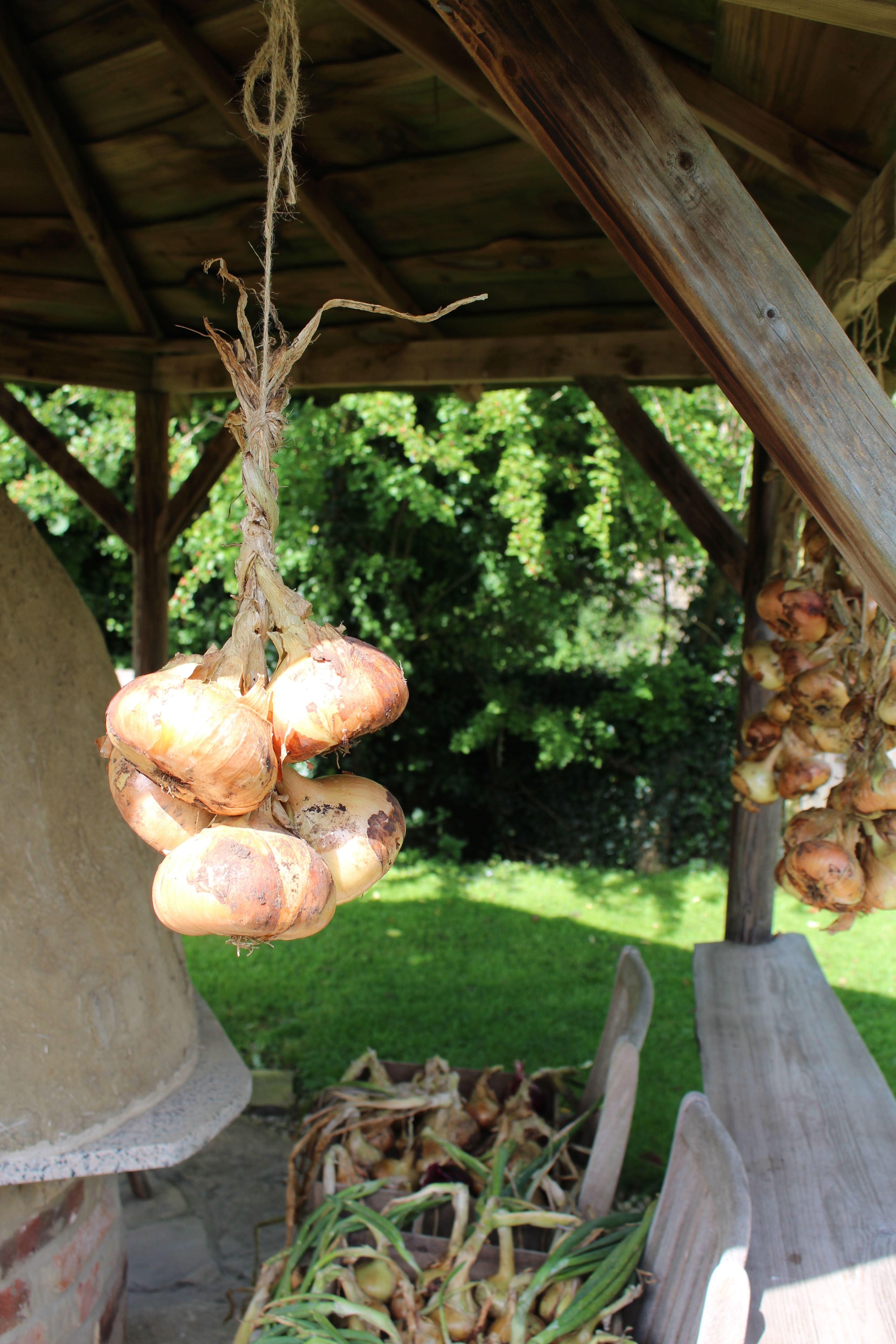 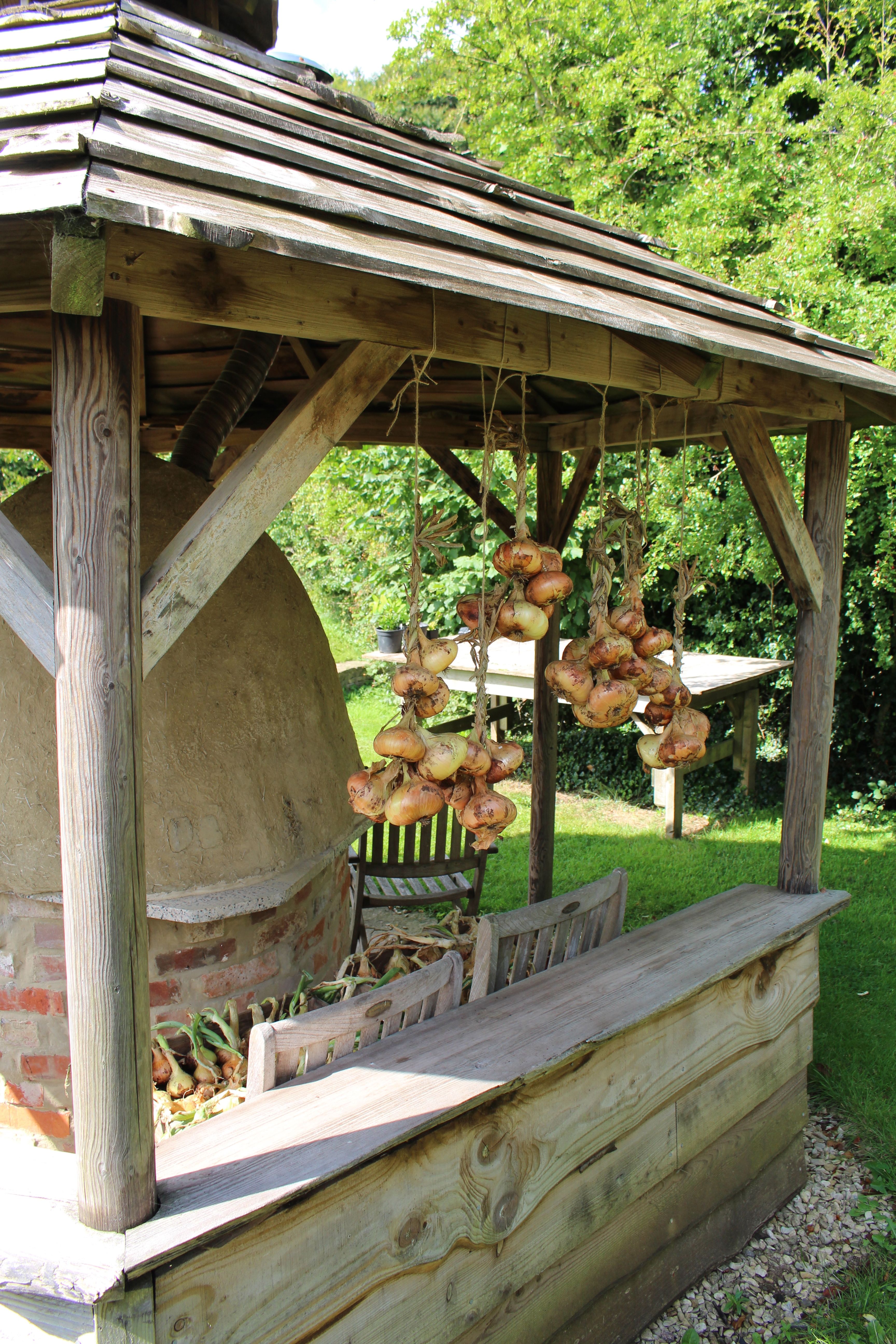 We had plentiful courgettes, broad beans, peas, lettuces, and tomatoes in abundance. For those of you who haven’t already seen the spelt flatbread recipe, these included Yellow Submarine, Black Cherry, Green Zebra and San Marzano varieties of tomato, which I think are worth mentioning again, if only for the names! 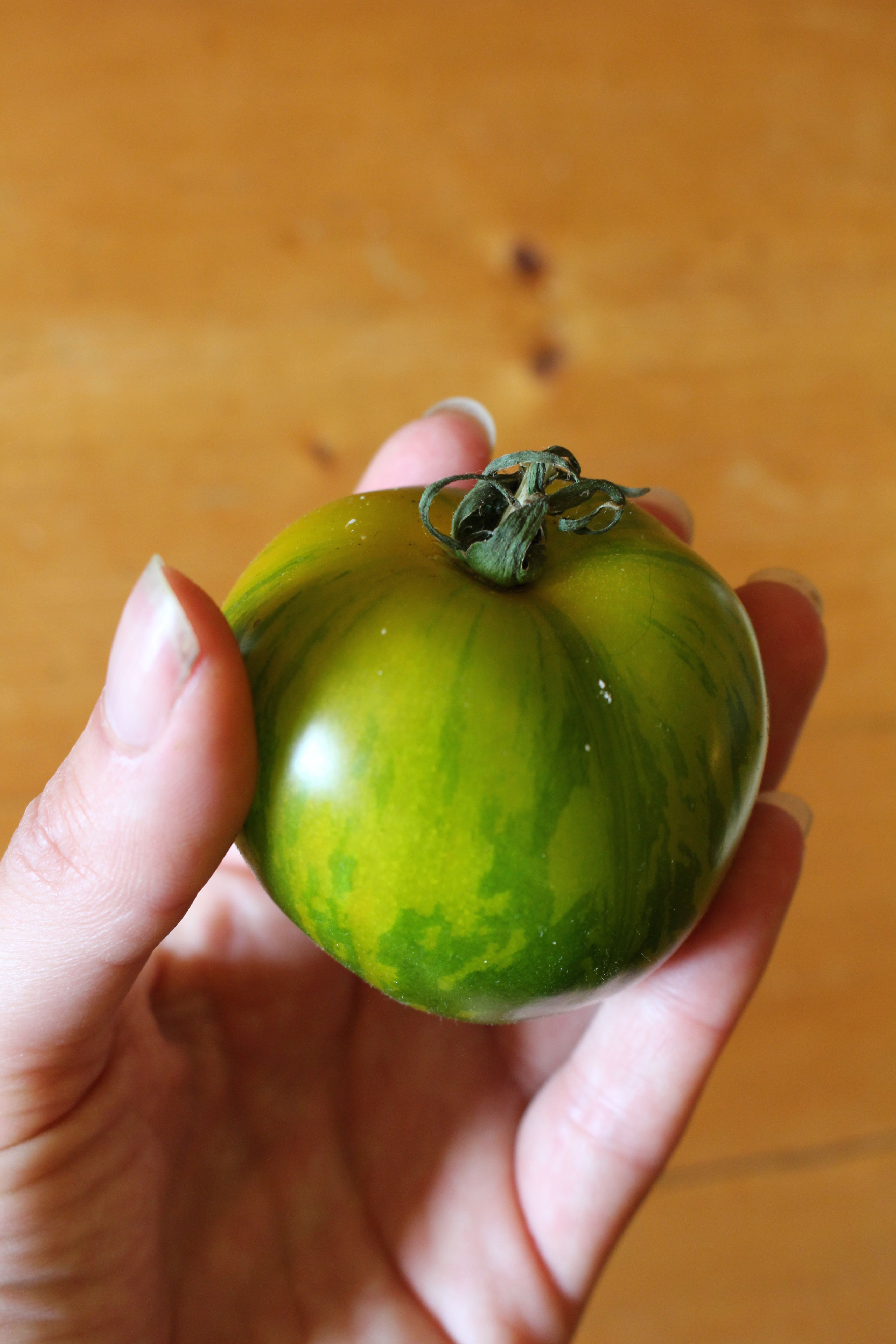 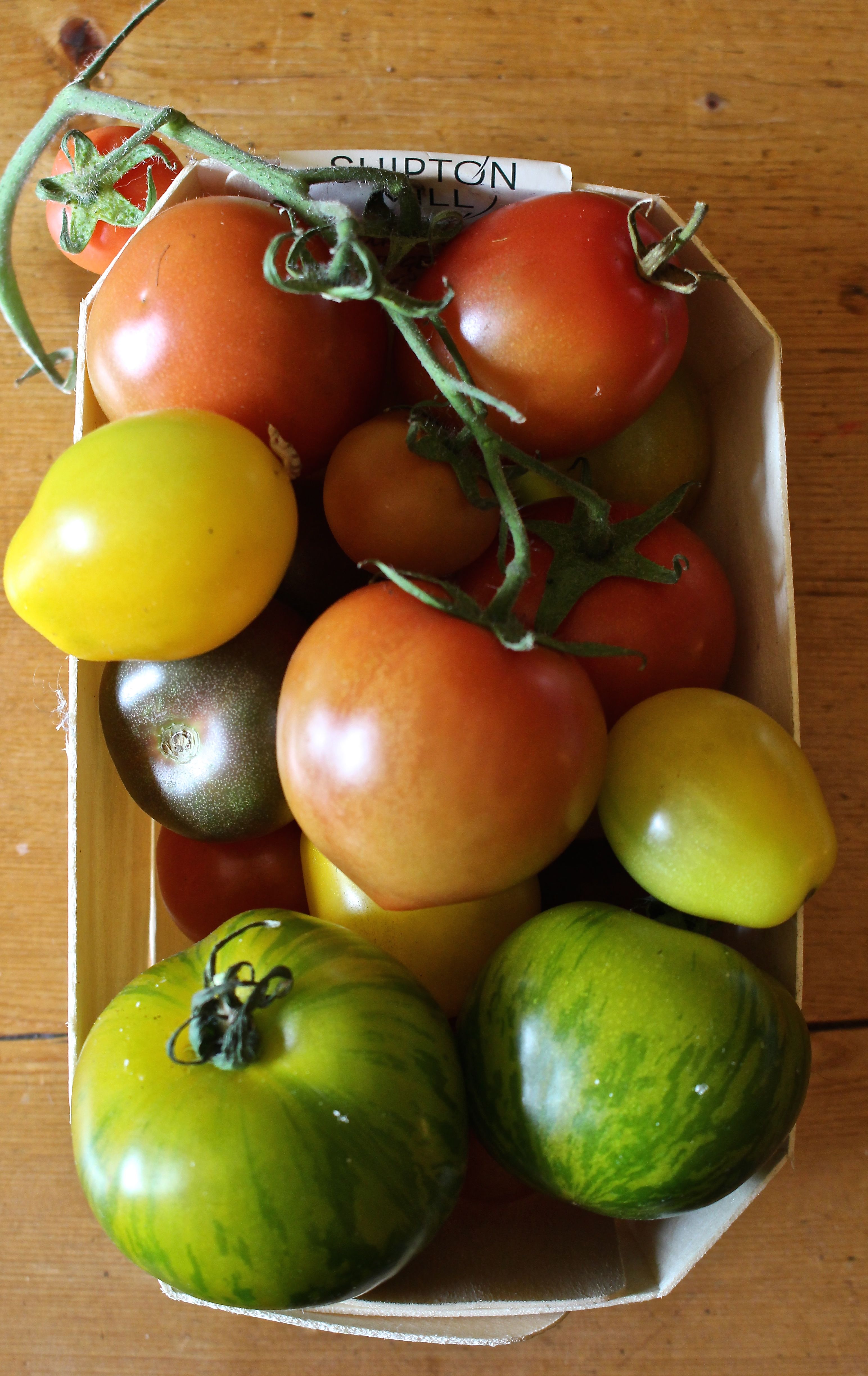 A mystery from the summer harvest remains however. One summer’s evening, all of the apples from from the orchard disappeared, and upon waking the next morning the trees were found to be totally bare of fruit! Nobody has yet found the answer to this, whether it was a particularly busy squirrel, or goodness knows what other animal… Fortunately the pears remained untouched, and a couple of late bloomers on the apple trees have appeared, so all is not entirely lost. 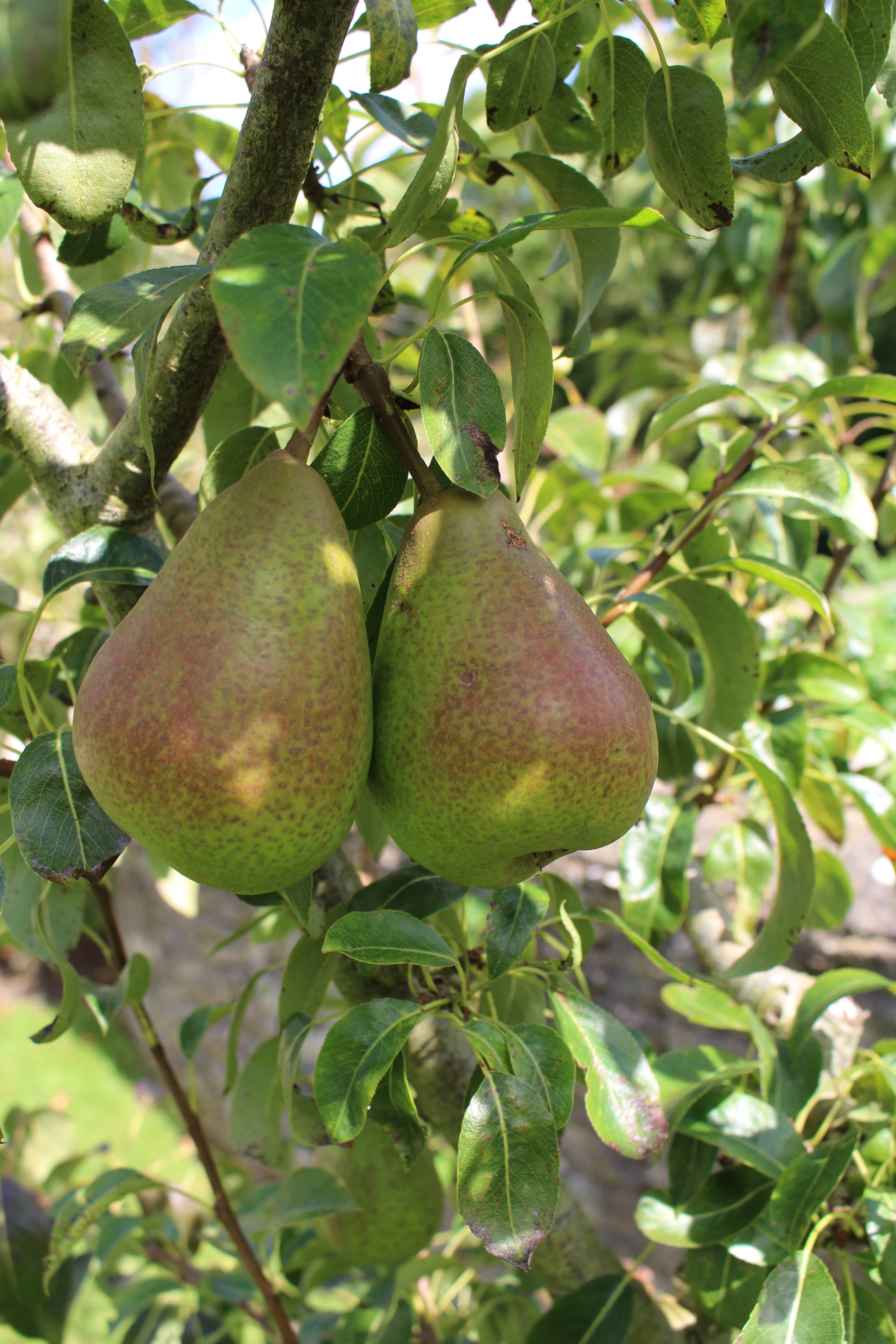 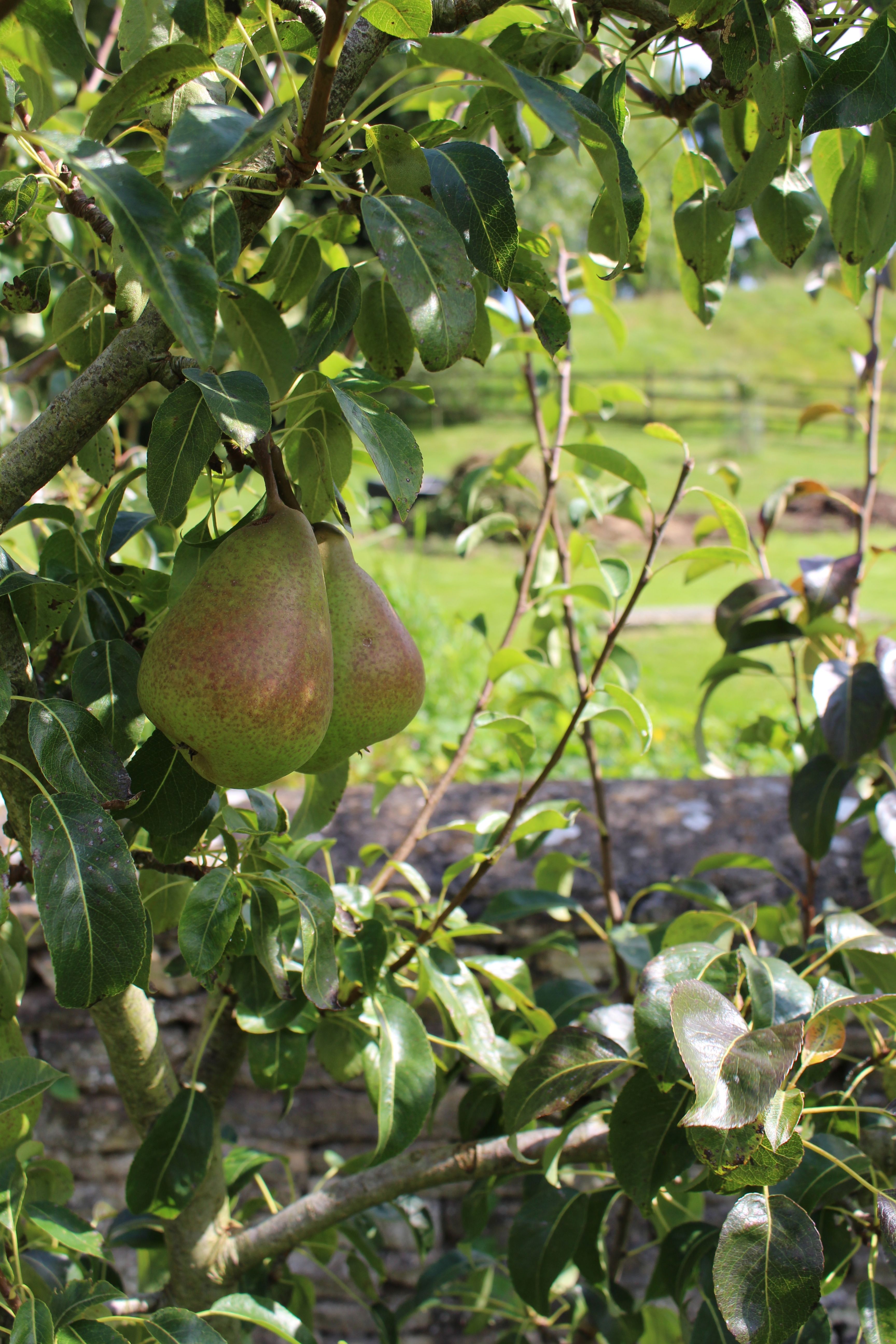 The flowers were the most eye catching of all the produce. They are grown with no particular design in mind, and appear more as of a riot of uncontrolled colour, accompanied by the buzz of the bumble bees. Blues, reds, yellows, pinks and oranges all clash gloriously, before Emily transforms them into beautiful bouquets for local shops. 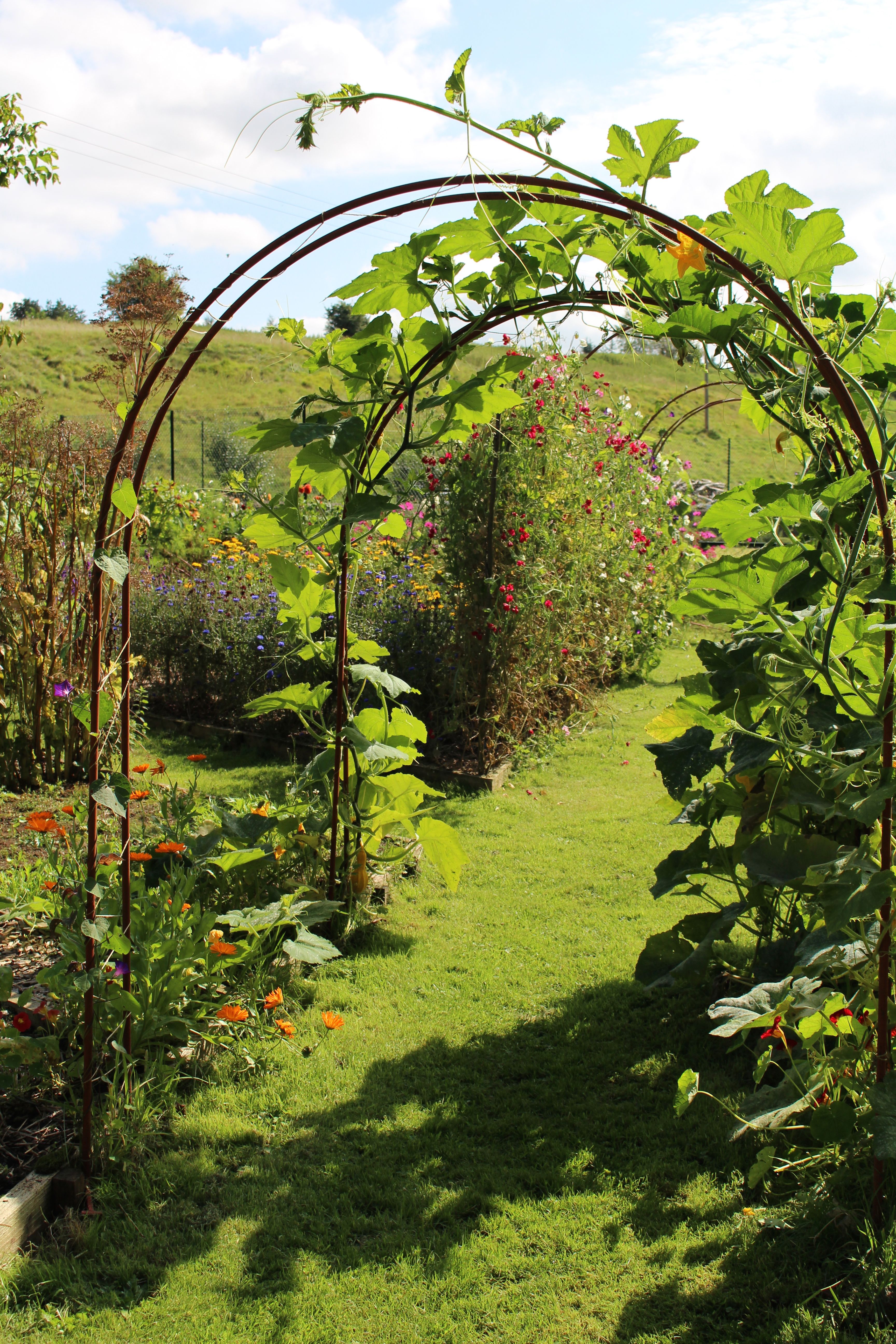 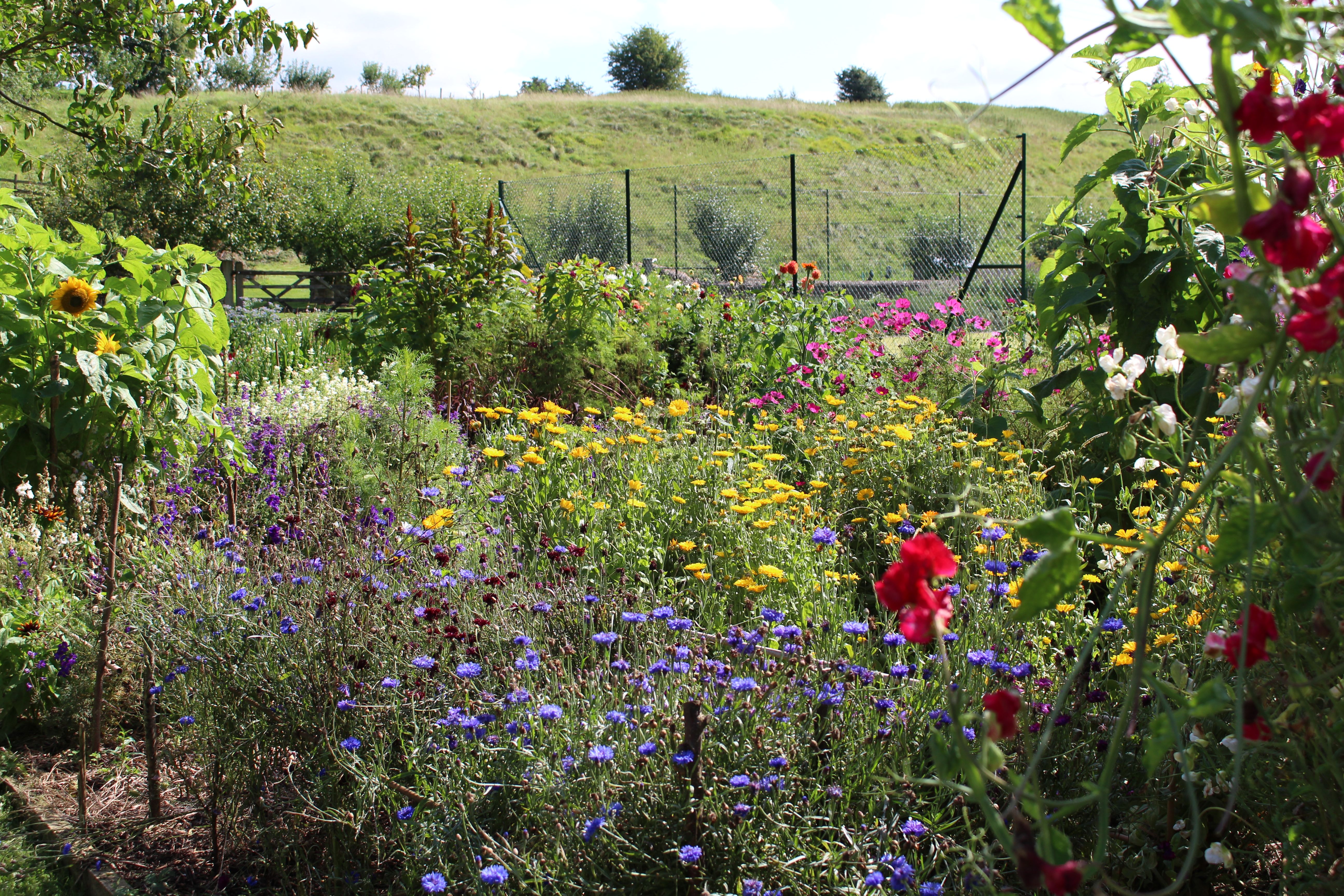 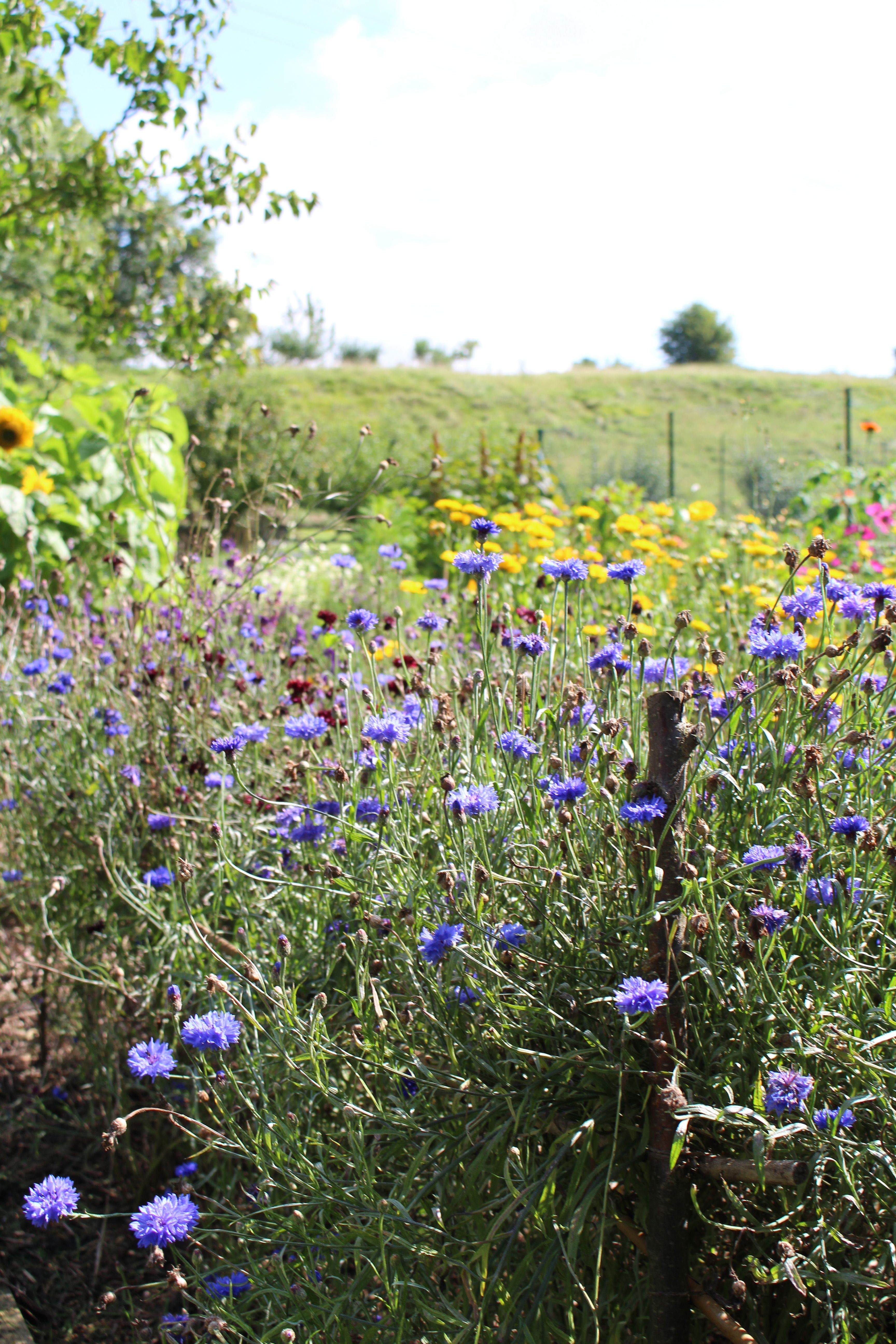 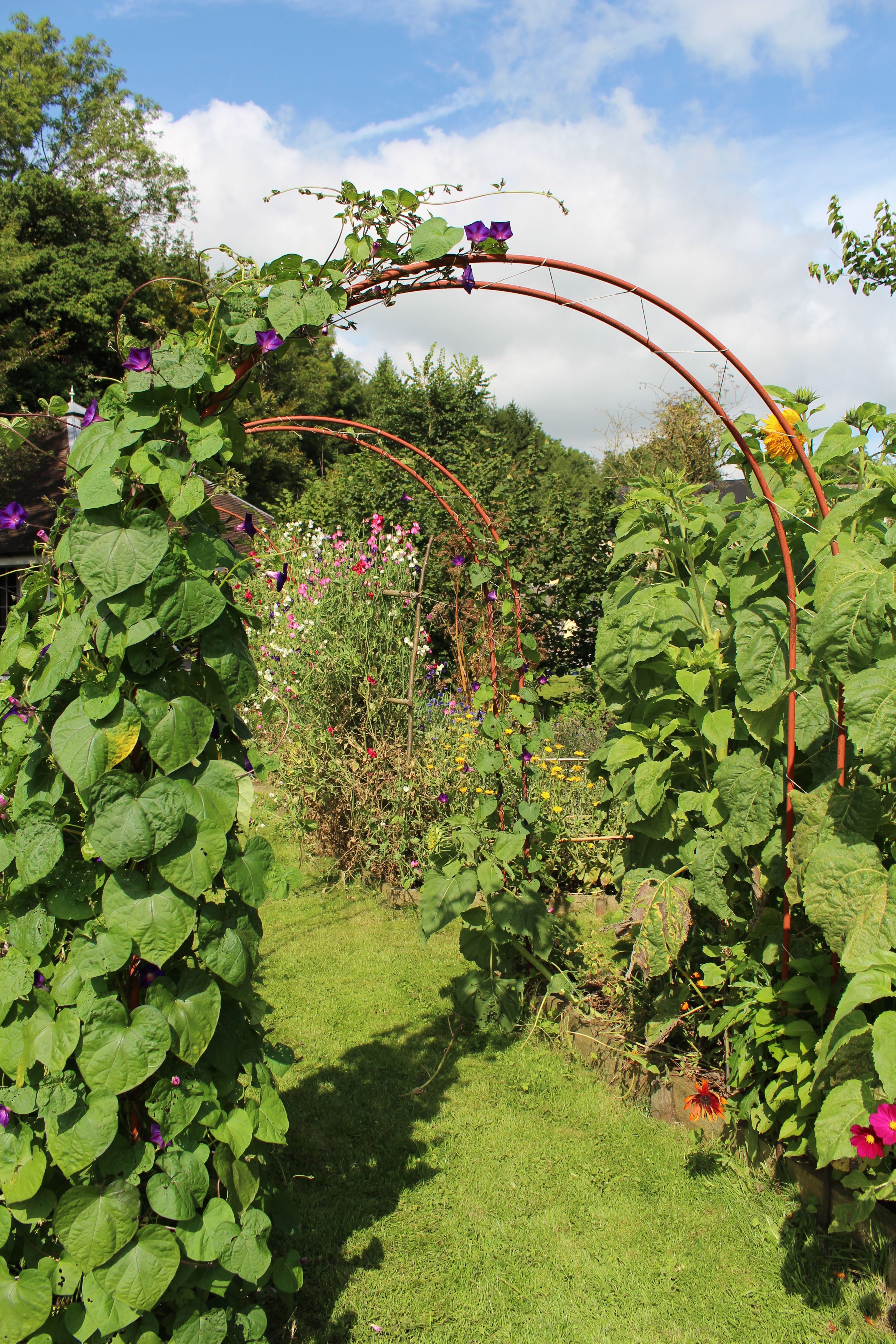 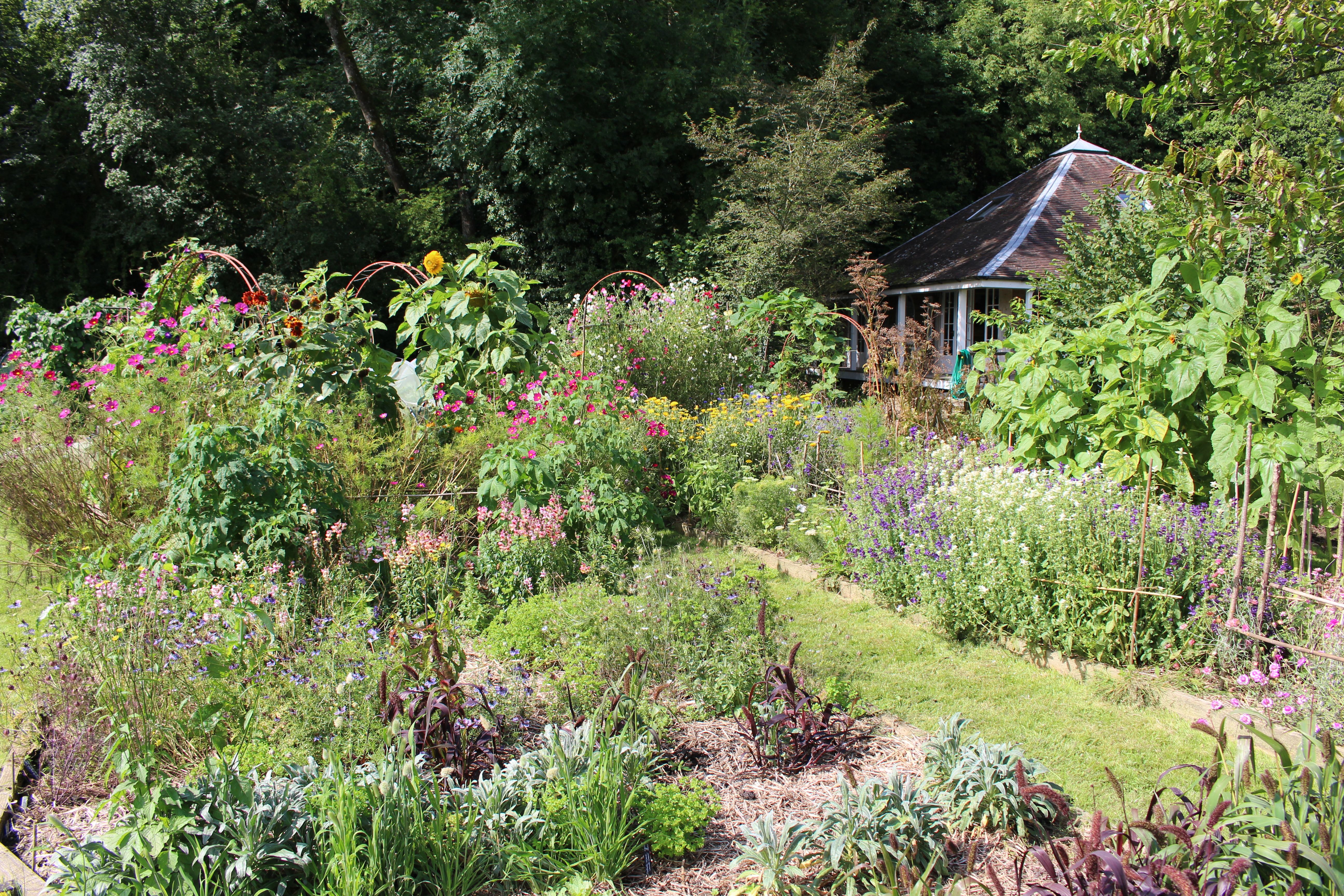 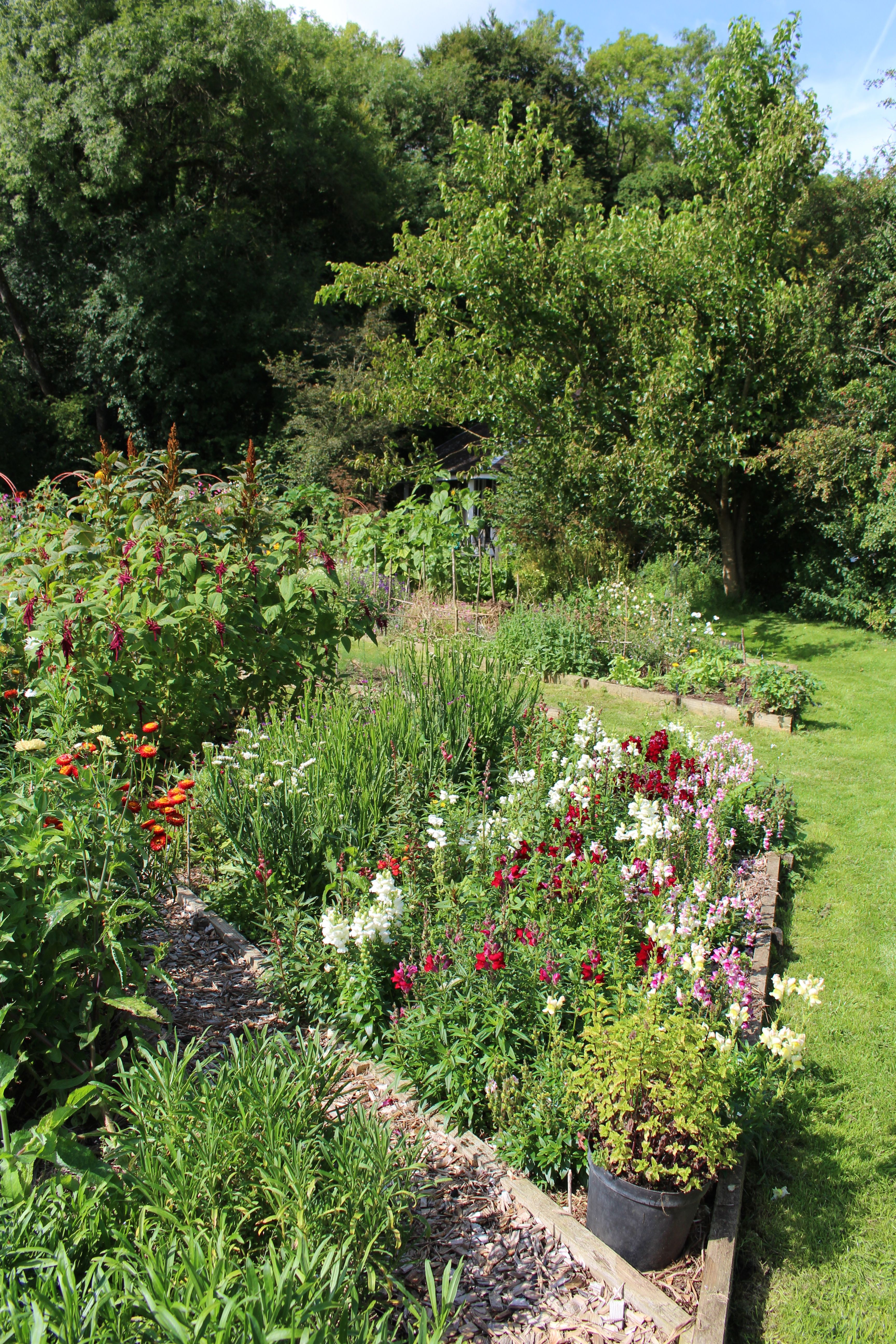 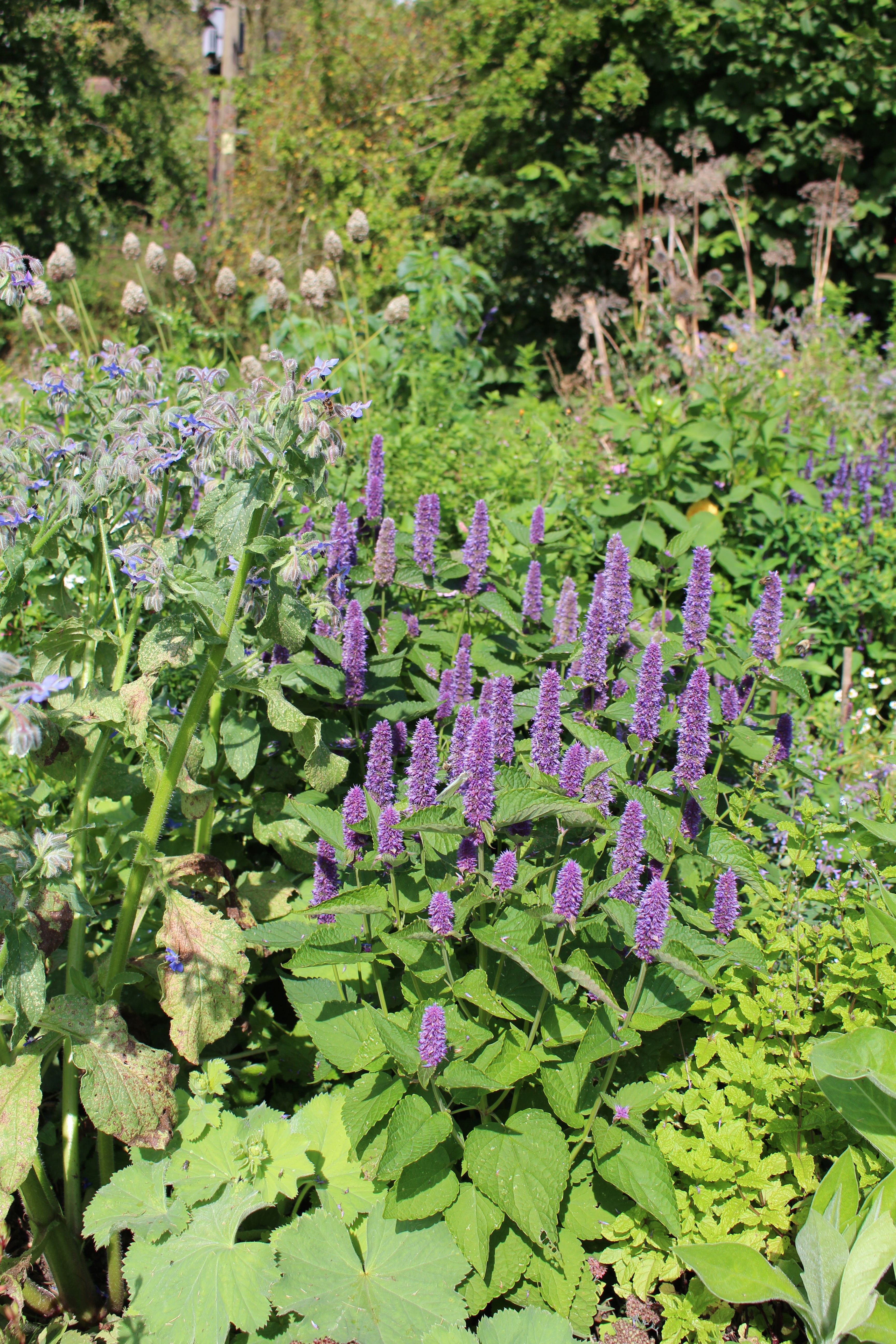 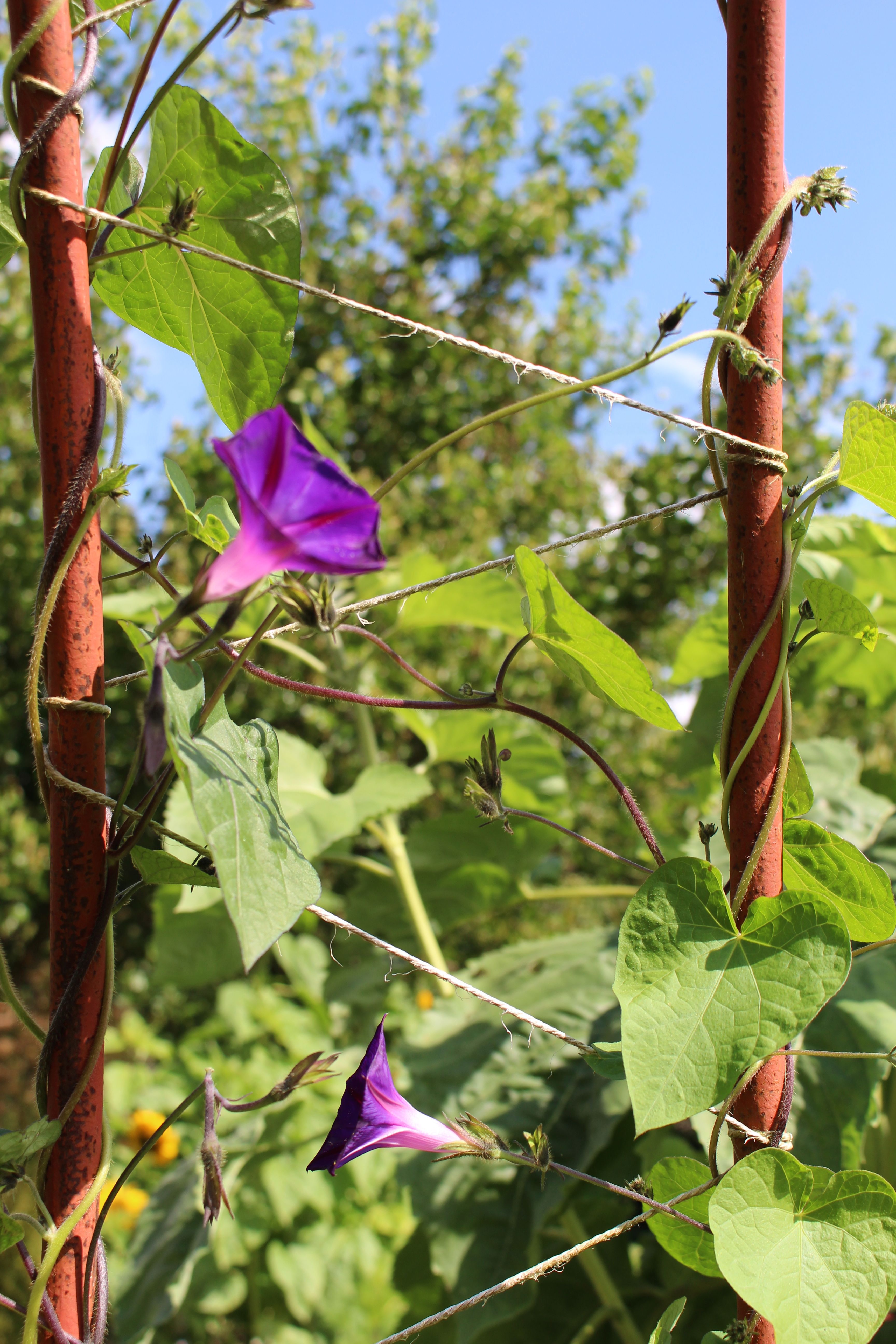 One of our plants that has not been doing quite so well as the others to date are the blueberries – whilst they are improving each year, the berries are still quite small. I’m hoping that each year the harvest will continue to improve, so it’s just a matter of playing the waiting game to see what happens next year… The raspberries were deliciously tart, and grow outside the garden against a sunny wall, interspersed with long grass and nettles, so the effect is quite wild. Nonetheless, they have thrived well, and several batches have been freeze-dried or packed into the freezer for later this year. 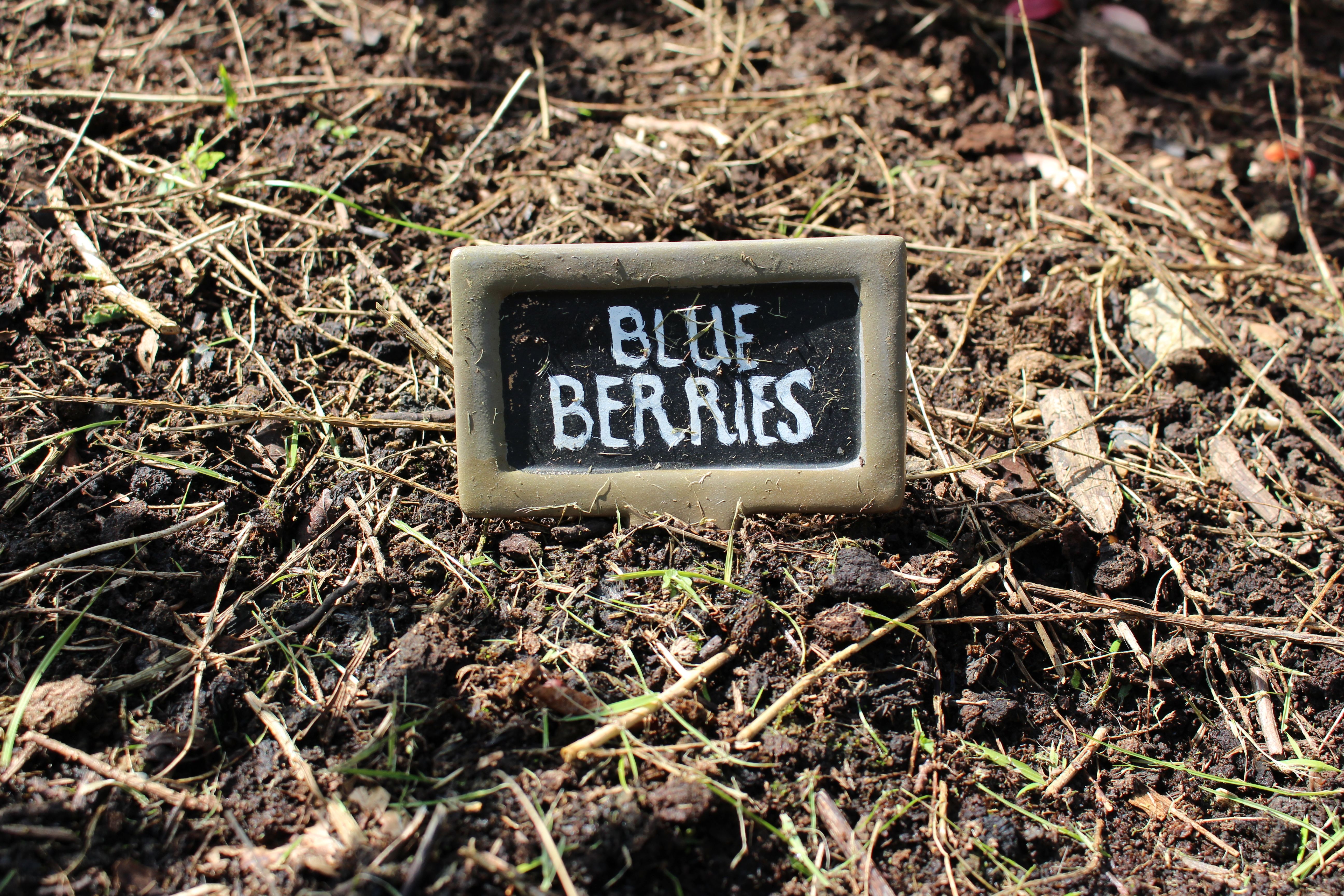 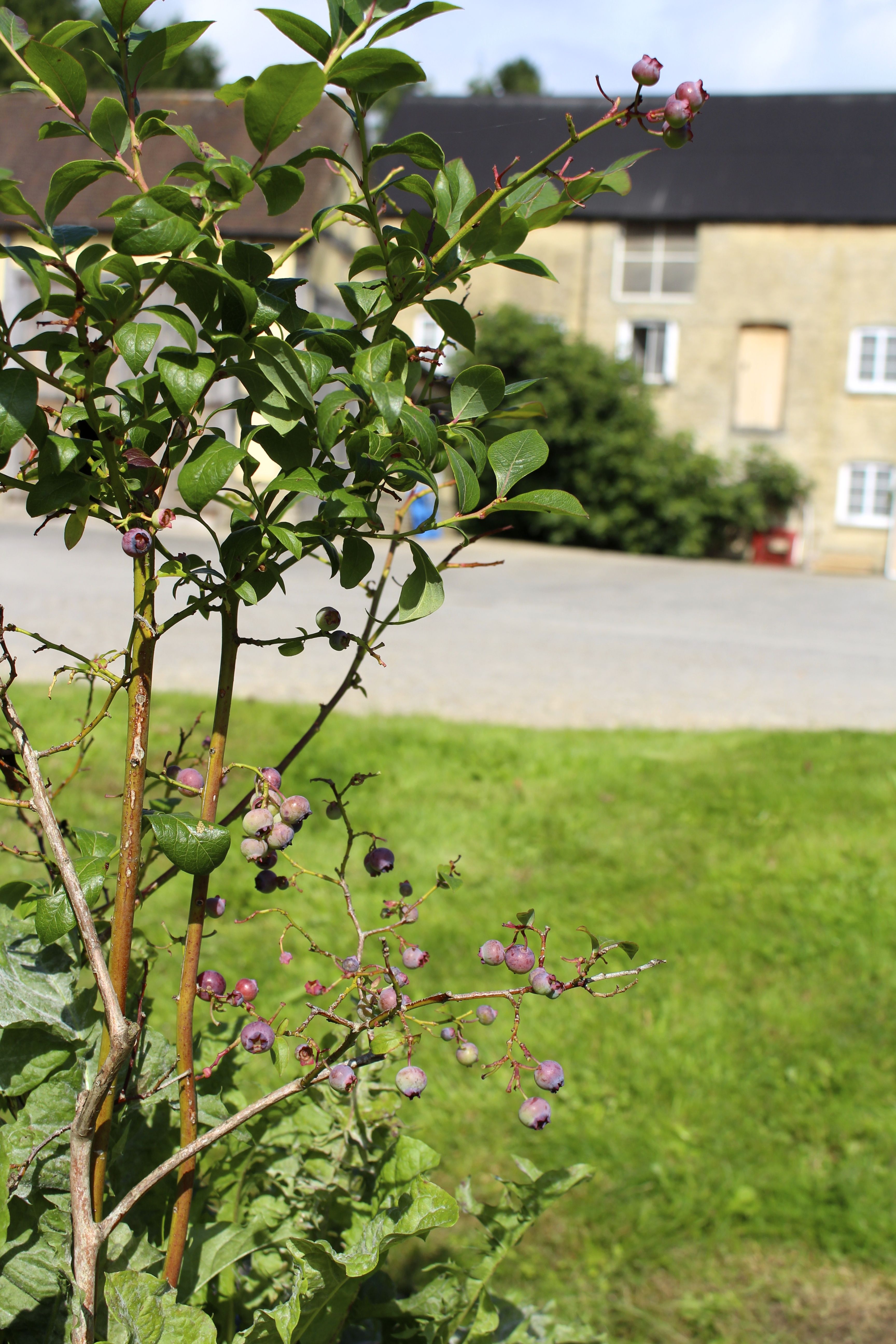 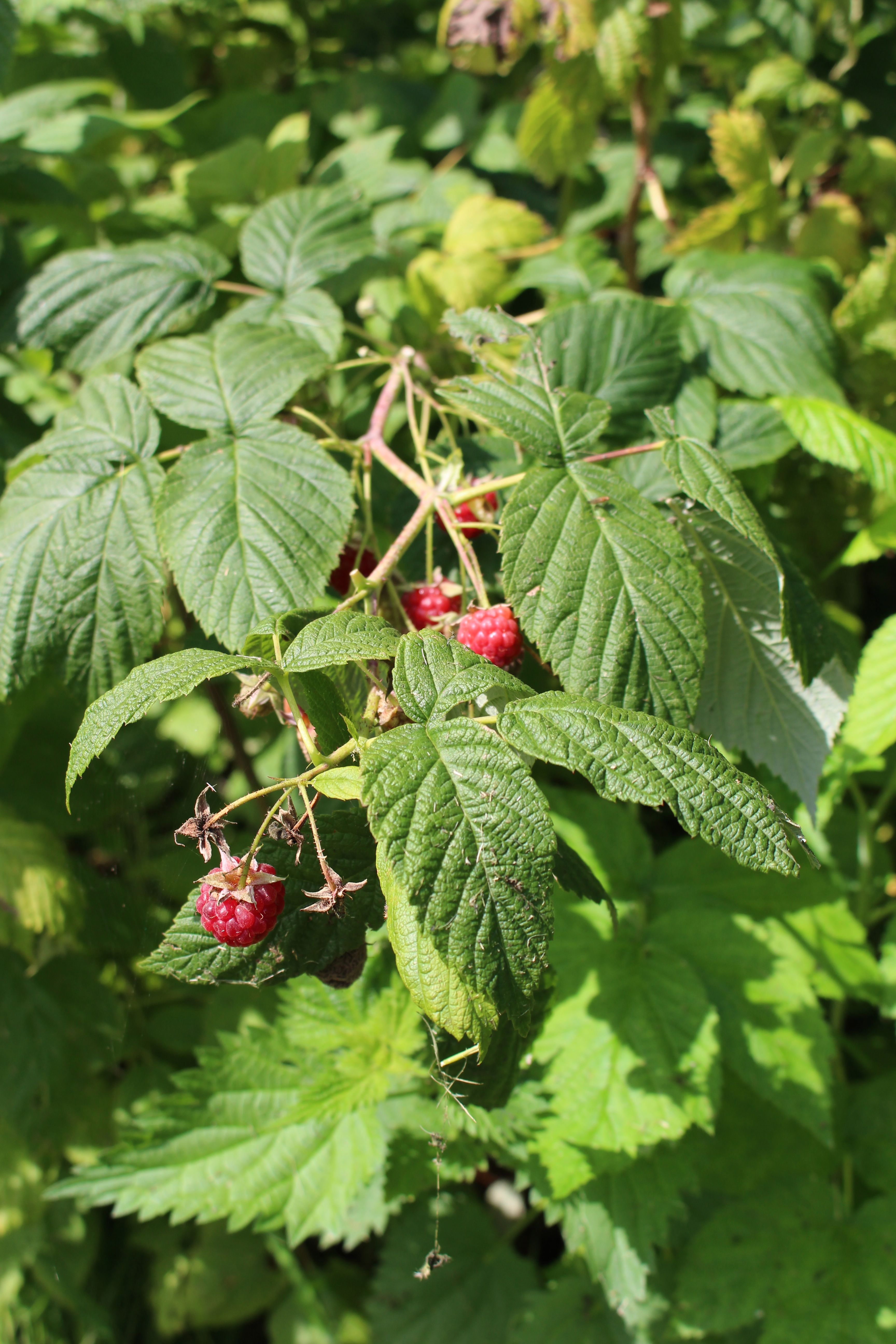 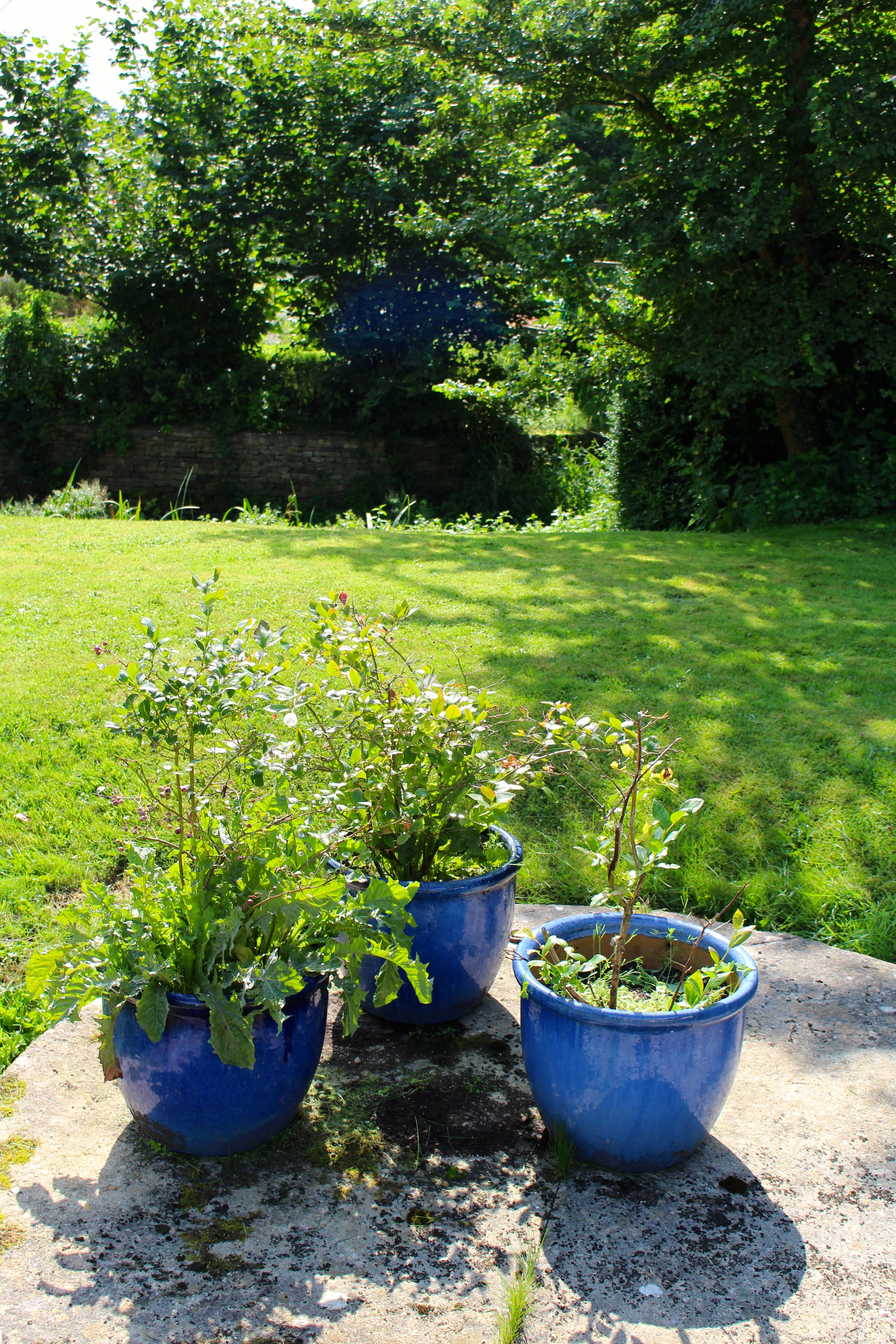 It has also been an excellent year at the mill for the hedgerows, and we’ve had our hands full bottling, pickling and preserving as many berries as we have room for (see my easy blackberry jam recipe here). I haven’t got round to doing anything with the elderberries yet (below), suggestions on a postcard please…

So for now, it is goodbye to the summer and all of our beautiful blooms, as the trees change colour and we move into the autumn. Pumpkins, chard, celeriac and cabbages will be taking over from our glorious fresh summer vegetables, so there will be plenty to inspire our kitchen and soften the blow that summer is over. 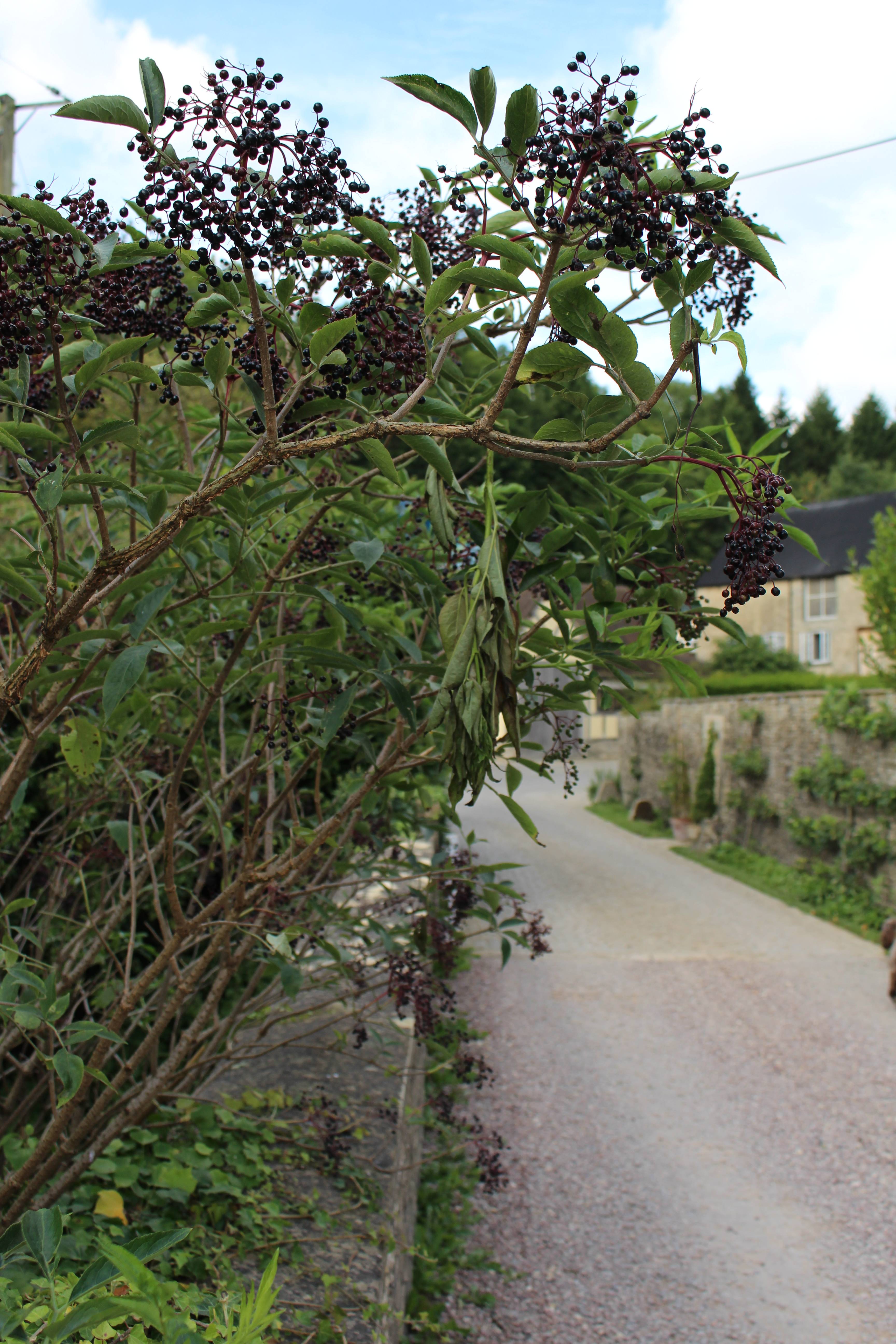