The Month of Planning 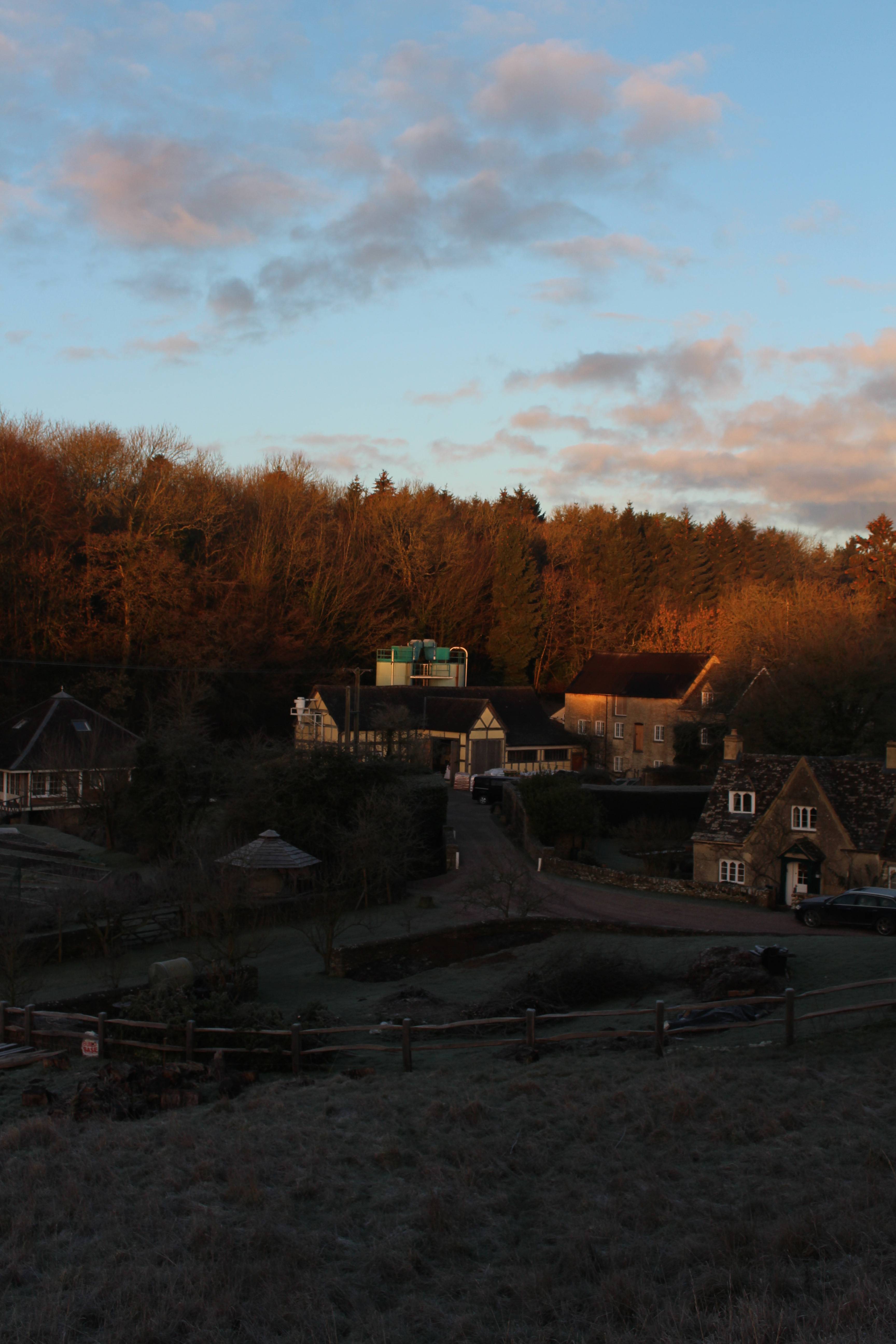 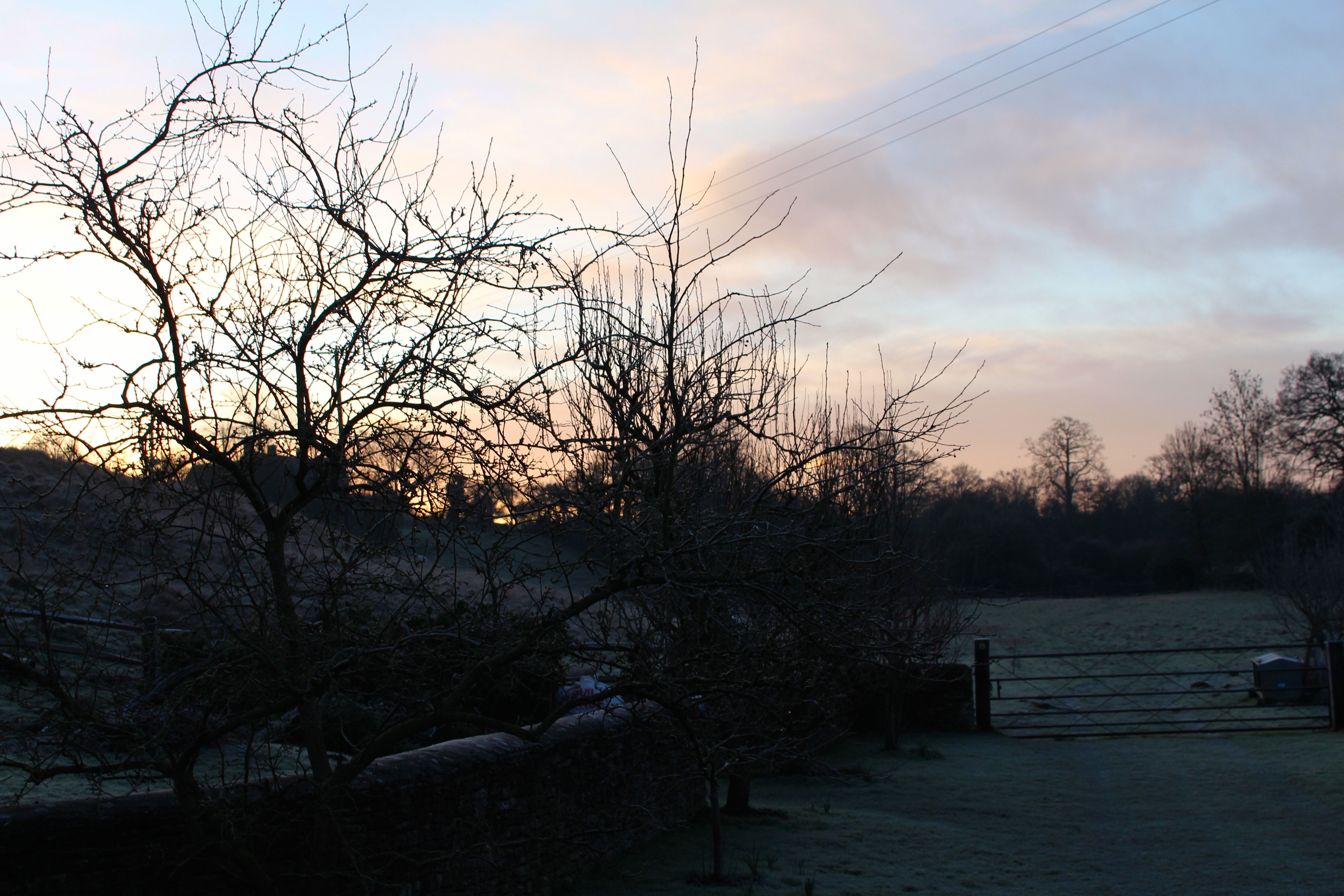 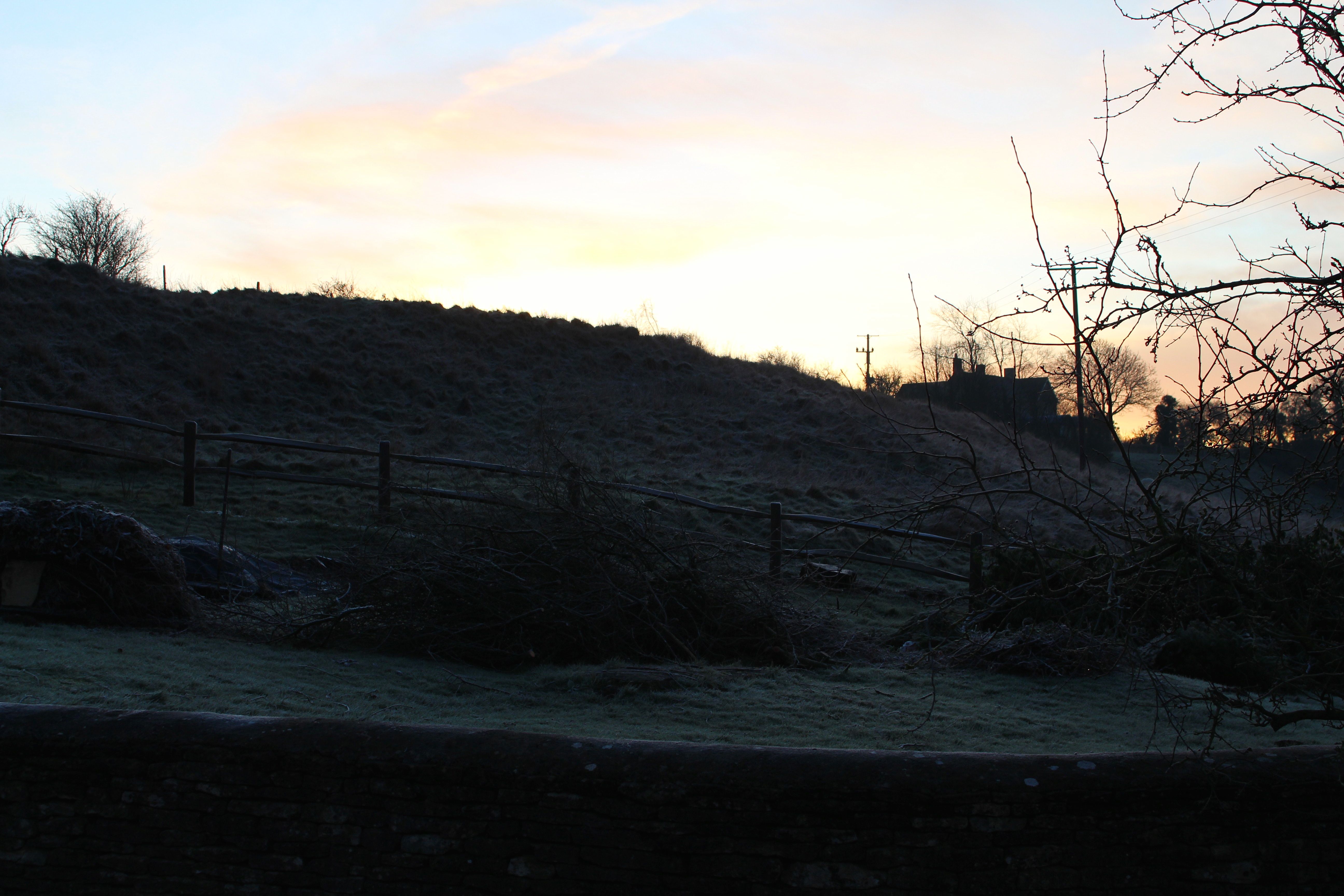 For the garden down at the Mill, January tends to be a month that is characterised by lying low and planning for the year ahead. Quiet and peaceful, when frosts cover the ground and the earth is hard and compacted. Little is growing above ground (and what little there is has been subject to the frosts), so cleaning, tidying and maintenance are the order of the day. The tools in the shed are dusted off and cleaned of the dirt that has accumulated over the past few months of labour, ready for the fresh new year ahead. 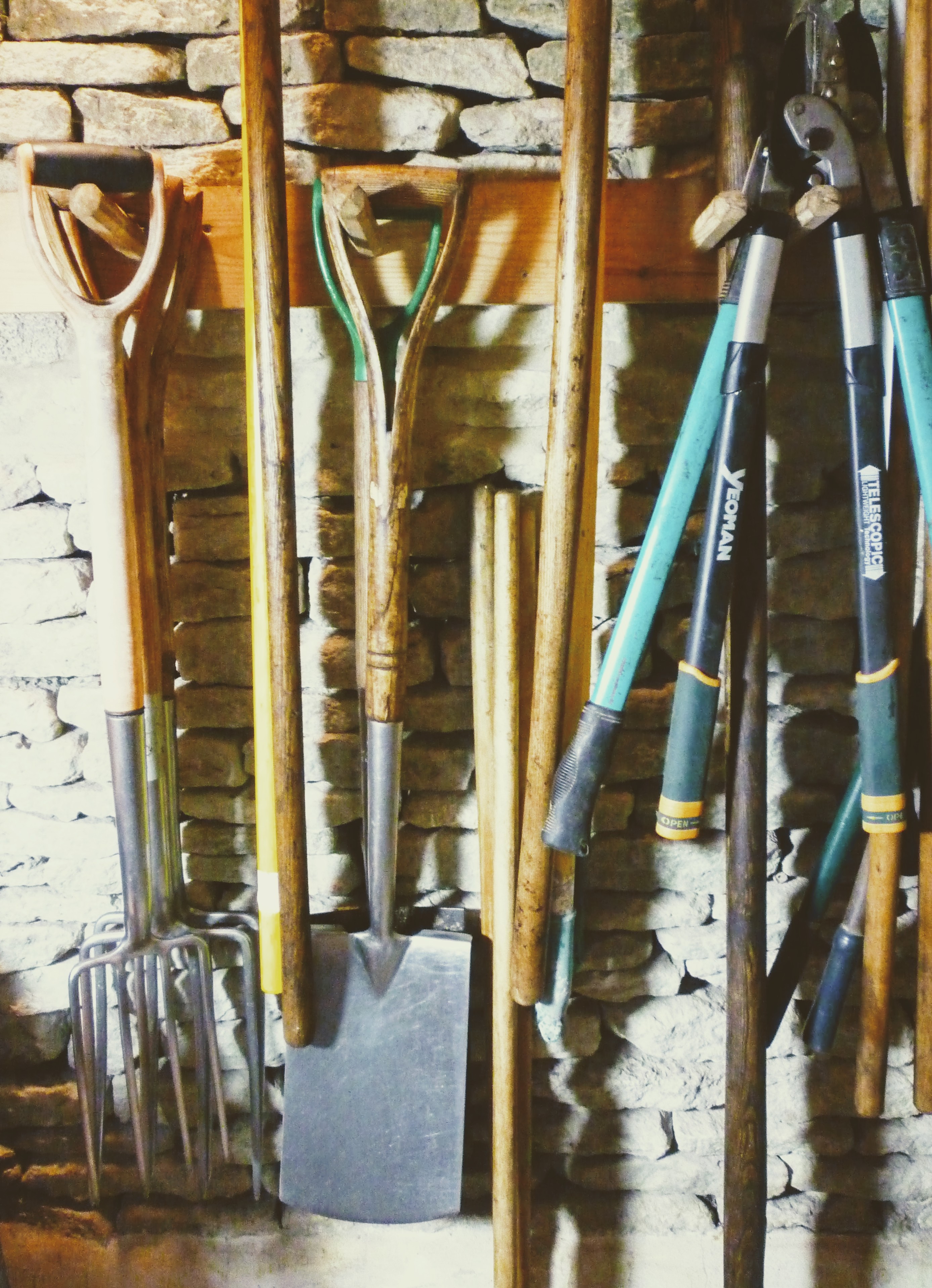 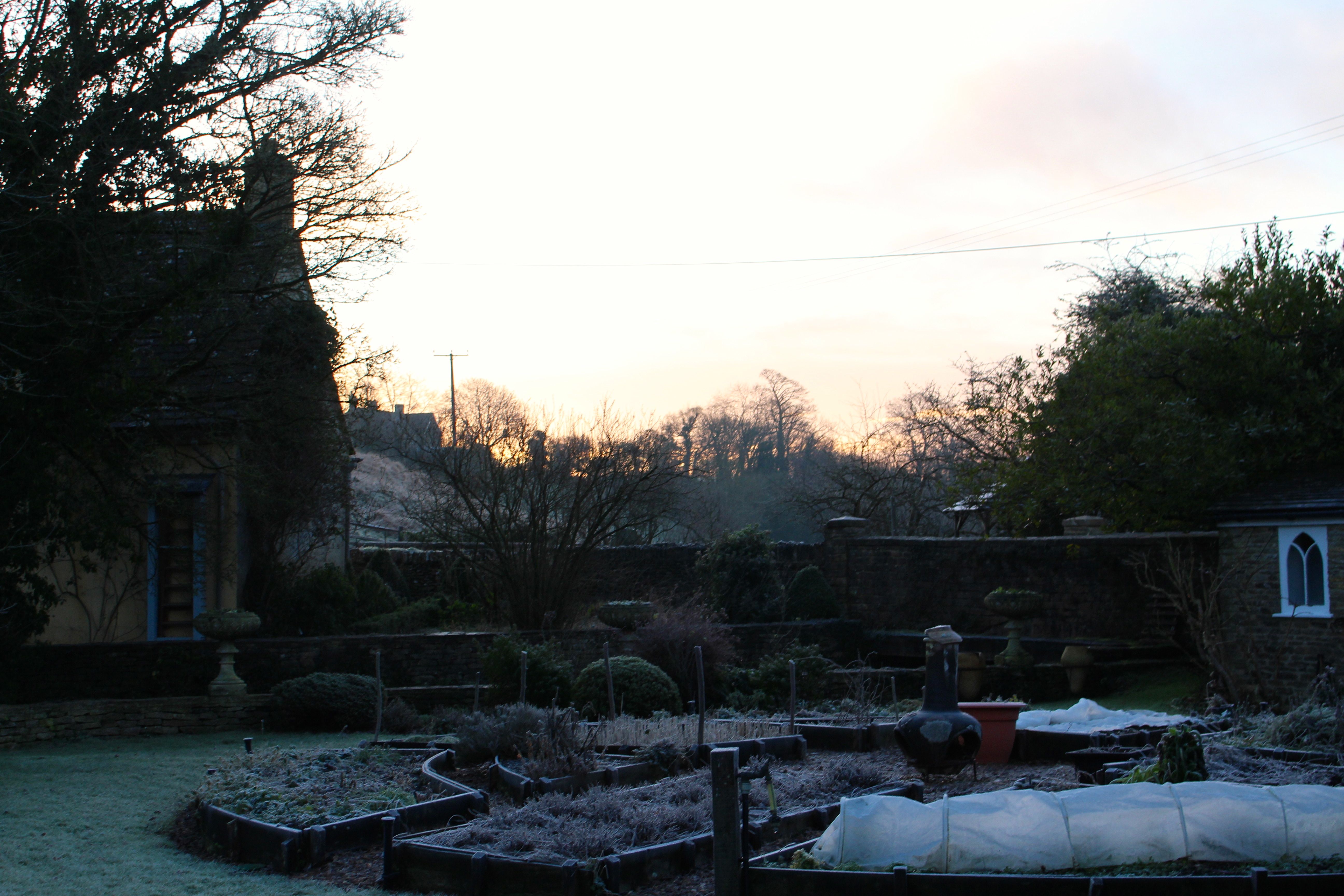 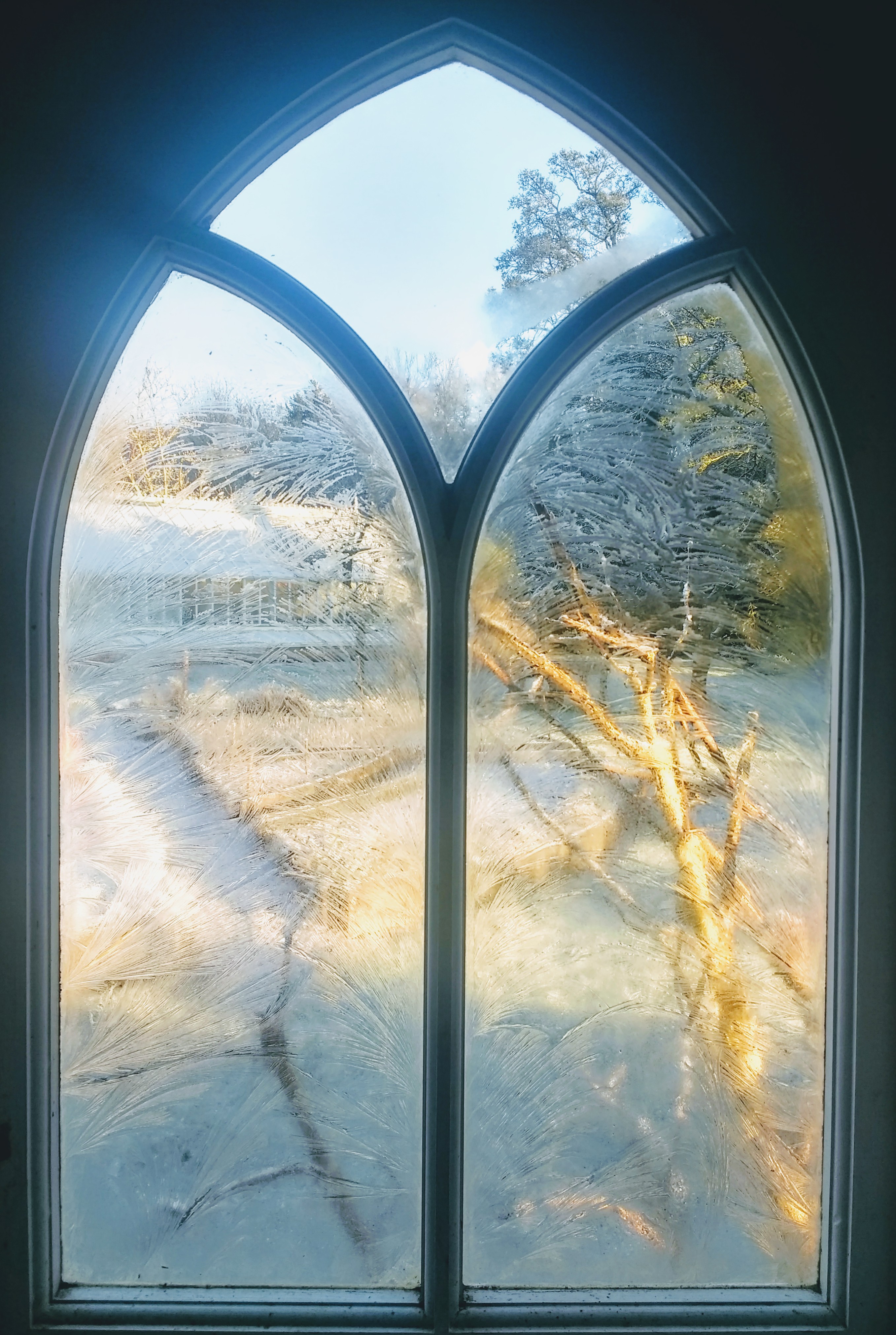 Construction of the wood chip paths is under way thanks to Debbie, weaving through the fruit cages to assist with easy harvesting once summer comes around. The end of December and beginning of January saw us putting to bed the soft fruits and asparagus, protecting the plants against the frosts as much as we can. Our rhubarb beds are moving to a sunnier spot to see if they fare better with a little more warmth this coming year, having previously occupied one of the shadier places in the garden. The greenhouse glass has been cleaned and polished, and inside, we have started to sow for the next season, with Debbie choosing an emphasis this year on wild tomatoes, winter salads, and broad beans. 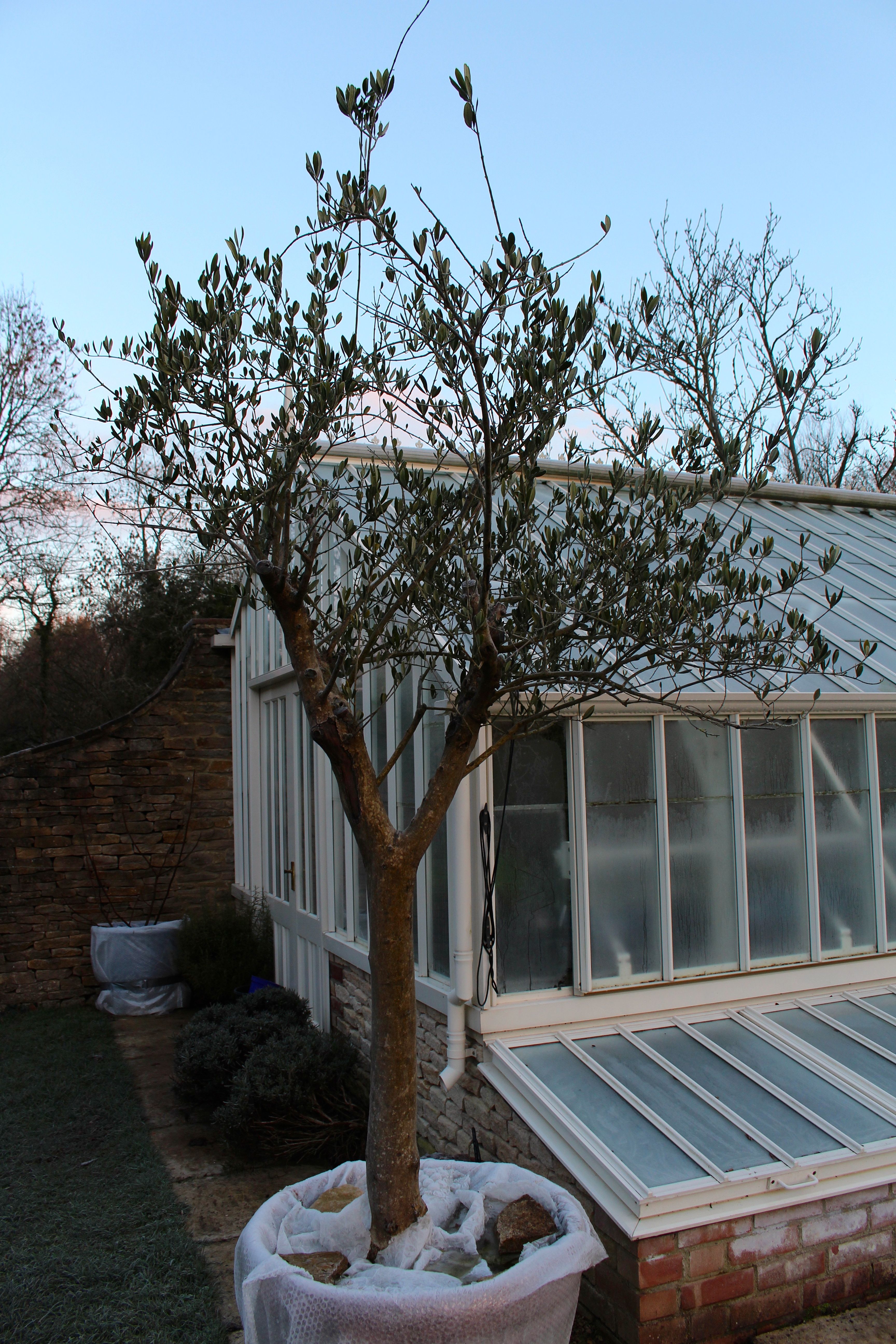 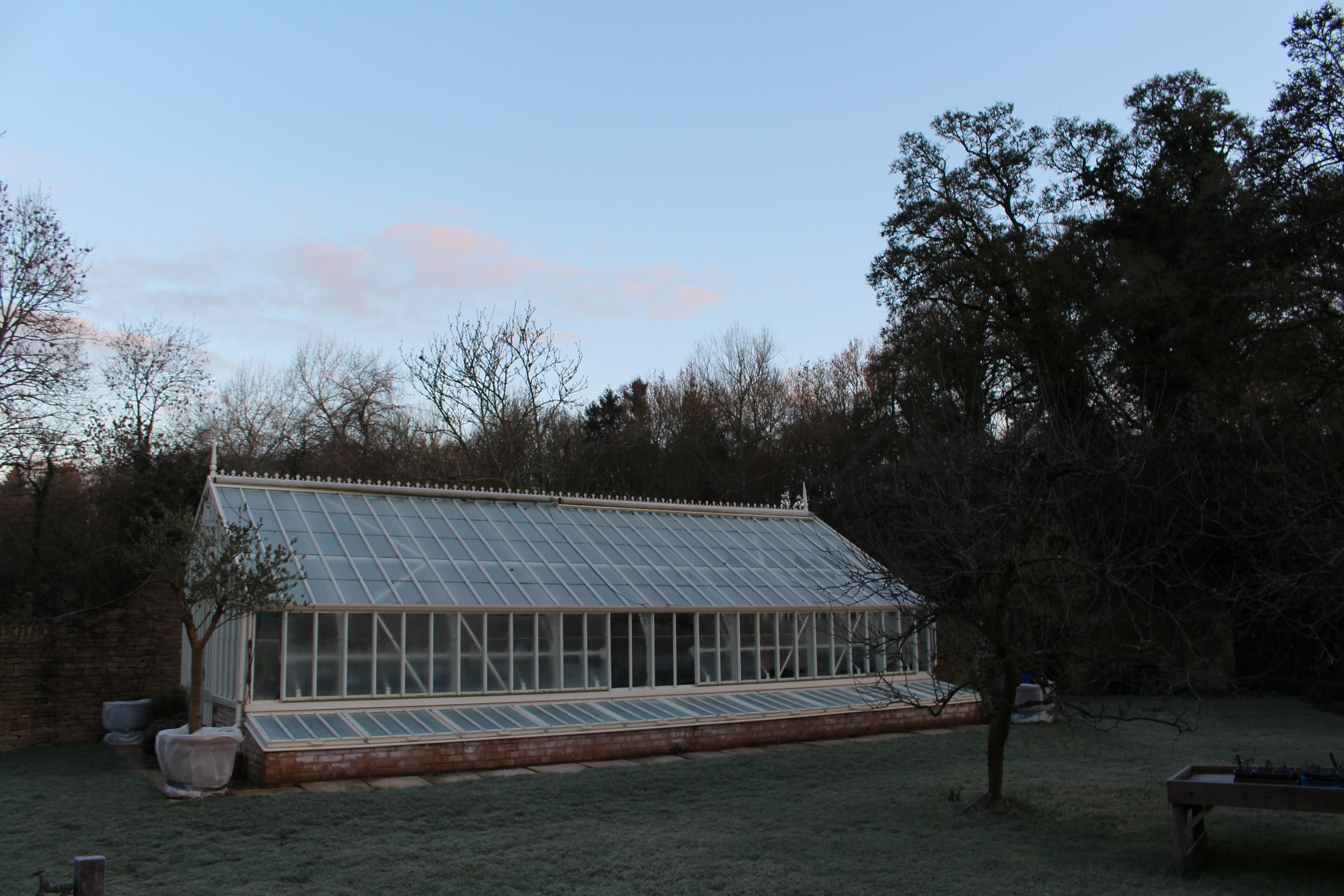 We’ve had our first harvest of winter salads, and we’re also currently harvesting parsnips, carrots, broccoli, chard and spinach, all of which are reasonably frost hardy. In fact, Emily advises waiting to harvest your parsnips until after the first frost, as she says this makes them sweeter. Due to some very hungry voles (!), some of the vegetables which could have been planted in the autumn (such as the broad beans), are being held back until early spring to move them outside, in order to try and prevent them from getting eaten before they’ve had a chance to grow. They’re being started off in the greenhouse, and will only be transplanted once they have hopefully started to sprout and become a little less delicious to our burrowing friends…

Spring bulbs have started to emerge, including tulips, ranunculus (started in the greenhouse), daffodils and anemones, which will flower in early spring. The bulbs are the earliest of our cut flowers, before we move onwards in February to the seed sown flowers. 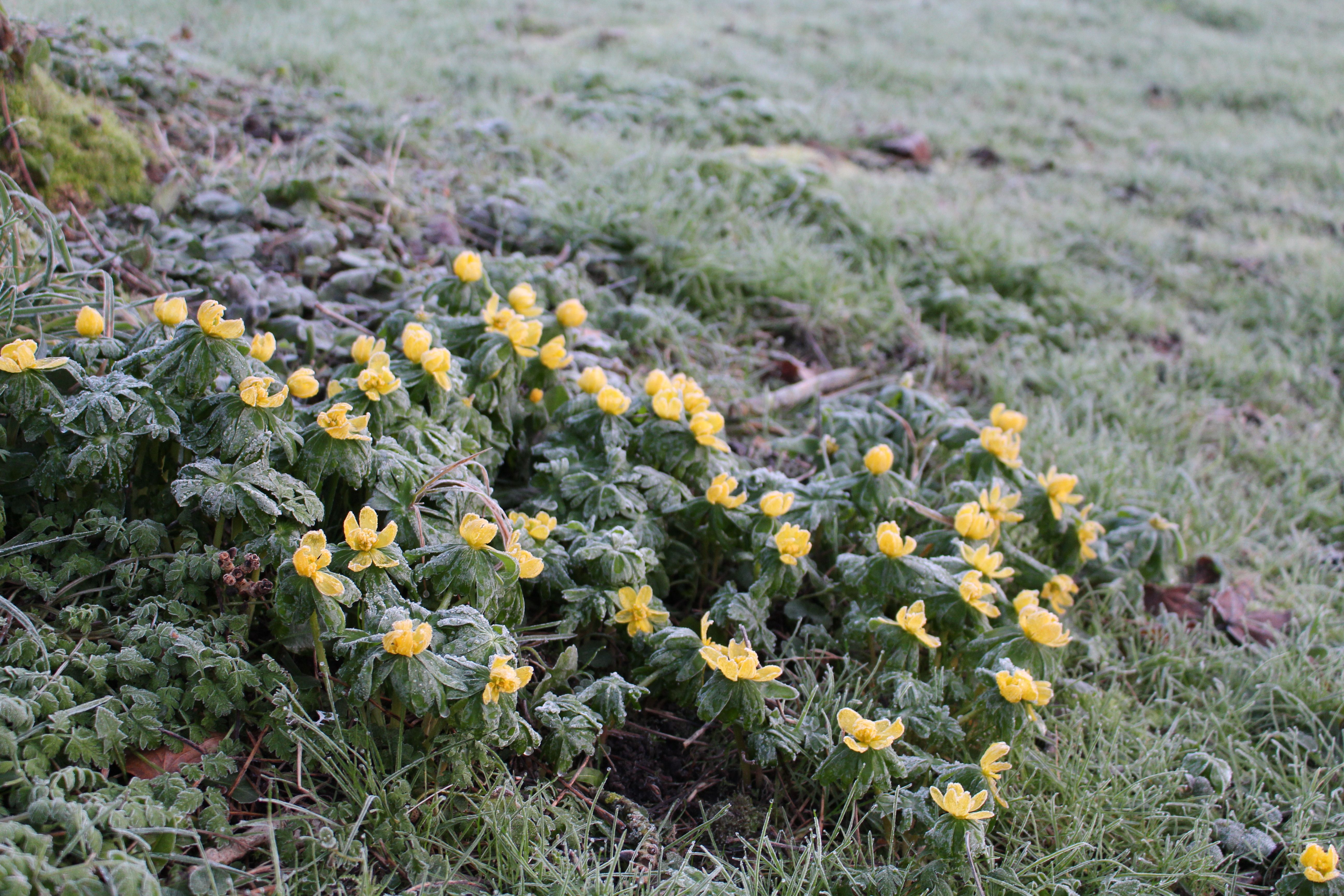 In terms of our herbs, Emily has been harvesting and drying nettles, cleavers, and dandelion root (the latter to be made into a tincture).

The lack of current activity is a reflection of the frosty stillness. Bonfires fuelled by the leftovers from clearing and pruning last November and December have been keeping us warm when working outside, as well as clearing space from these prunings for the new season’s plantings. As we move slowly towards spring the levels of action will increase accordingly with the warmer weather, emerging from this phase of planning and contemplation and putting into practise all our January plans made over the last few weeks. With snow forecast over the next few days we’ll be wrapping up warm, and thinking of some delicious recipes to make with our root veg – let us know on Instagram if you have any suggestions! Xx 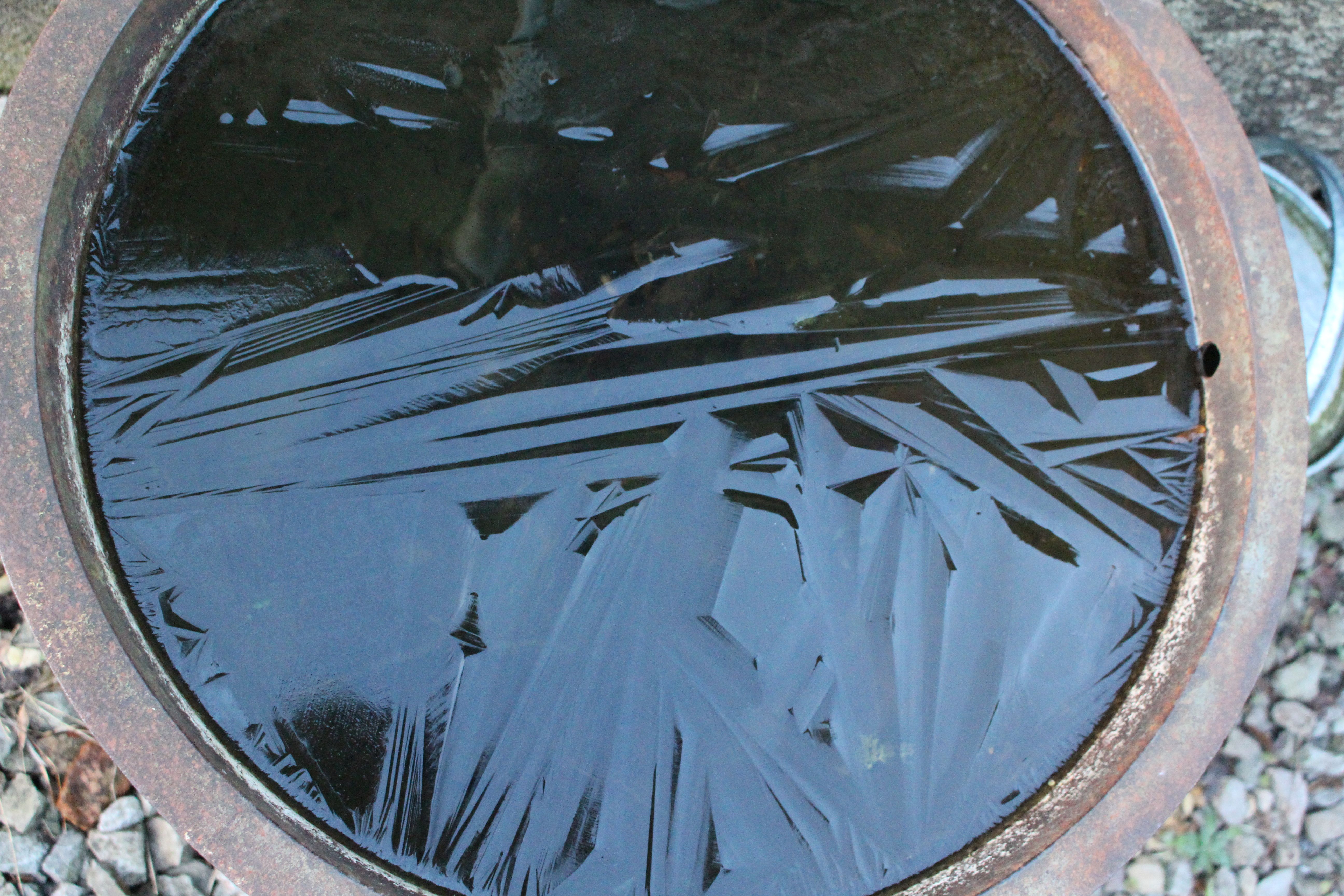